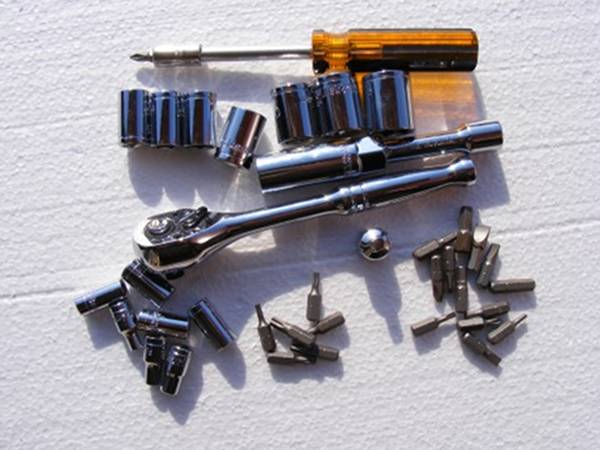 In this series of articles aimed at newbies to network programming (knowledge of C is a prerequisite), we’ll learn how to create network clients and servers using the UNIX Socket API. We’ll start with creating simple server-client programs, and later on try something more complex. We’ll also try to understand how different servers work. I’ve tried to include a lot of details, but if you find some information missing, please feel free to comment.

Since we’re discussing sockets in network programming, newbies should first understand the OSI model layers, and the protocols used in these layers. Every layer in the model is responsible for doing some particular work, to make data transfer possible on the network. Each layer abstracts the lower layers’ work to the layer above it. I recommend that if you don’t know the ISO OSI (Open Systems Interconnection) Reference Model, you should read up on it. A good starting point is Wikipedia.

Here, we focus on the session layer (which establishes and maintains sessions) and the transport layer, which provides end-to-end reliable and unreliable delivery. Some protocols are TCP (for reliable connections), UDP (non-reliable connections) and SCTP (an advanced protocol with multiple-connection capability). Please also look at this and this for information on TCP/IP.

Here are some important features of TCP. It is a reliable protocol (the opposite of connection-less UDP, which we will look at in later articles). After transmitting a packet, it awaits an acknowledgement; if one is not returned, it retransmits the packet a number of times (depending upon the implementation). If the data cannot be transmitted, it notifies the user and closes the connection.

TCP decides how long to wait for an acknowledgement by the estimating RTT (Round Trip Time) between server and client. It also associates sequence numbers with segments, so that segments arriving out of order can be reordered at the receiver. Duplicate segments (retransmitted due to delays) can thus also be ignored. TCP provides flow control; the receiver can tell the sender how many bytes it is willing to receive, so that a slow receiver is not flooded.

TCP connections are full-duplex — the application can both send and receive data simultaneously.

Now let’s create a simple server to understand Internet sockets (server.c). Initially, our code will be for IPv4, but in later articles, we’ll look at IPv6, and then move to protocol-independent code.

The first thing to look at is struct sockaddr_in. This structure is used to hold an Internet (IP) address in the sin_addr member, which is of the type struct in_addr and holds a 32-bit unsigned integer. The port number is held in the sin_port member, an unsigned 16-bit integer (so port numbers must be less than 65536).

Next, let’s look at a call to socket() (the includes required are sys/types.h and sys/socket.h):

AF stands for Address Family. We’re using AF_INET here — Internet IPv4. The next argument, type, specifies the type of communication, from these choices:

The protocol argument specifies a protocol to be used with the socket. Normally, only a single protocol exists to support a particular socket type within a given family (as specified within parentheses above). In such cases, this argument is 0.

Next, let us set the address in sin_addr, as explained above. With the call to socket(), a socket is created, but no address is assigned to it. So we have the bind() function:

This is used to bind the socket descriptor sockfd with the address addr; and addrlen is its length. This is called assigning a name to the socket. Next up is listen():

The listen() call marks the socket referred to by sockfd as a passive socket — one that will be used to accept incoming connections. The socket type should be SOCK_STREAM or SOCK_SEQPACKET, i.e., a reliable connection. The backlog argument defines the maximum length of the queue of pending connections for sockfd. If the queue grows above this, connections will be refused by clients.

The accept() system call is used with socket types SOCK_STREAM and SOCK_SEQPACKET. It extracts the first connection request on the queue of pending connections for the listening socket sockfd, creates a new connected socket, and returns a new descriptor referring to that socket — in our program, cfd.

The newly created socket is not in the listening state. The original socket sockfd is unaffected by this call. The addr argument contains the address of the remote machine to which we connect; since we don’t know the client’s address in advance, it’s NULL here. The addrlen argument is the length of addr — so, again, this is NULL.

The error handling I chose is based on the knowledge that these functions return a negative number on failure; I use perror() to display an error number message.

And now the client (client.c). This client sends a character to the server running on port 29008 (or any arbitrary port):

The flow of the client program is similar to the server. The first difference is that it specifies an Internet address for the server (the loop-back localhost address) in sin_addr.

Next, instead of listening, it calls the connect() system call to connect the socket referred to by sockfd to the address specified by addr. The returned descriptor will be used to communicate to the specified address.

Then, in the program, we have used write() and read() to send a character to the server, and receive a character, and then closed the descriptor.

Compile the programs as follows:

Run each programs in a different terminal for a better view. See Figure 1 for the server’s output, and Figure 2 for the client’s.

A good beginning, right? In the next article we’ll rewrite both these programs for IPv6, and move further to UDP. And yes, FOSS rocks!