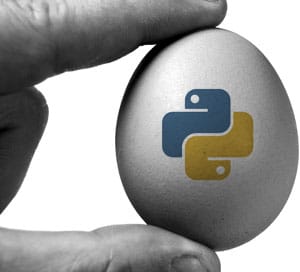 The first part of this three-part series gives a brief overview of the embedded vision and the various components required to make it work. It also covers the installation procedure for the OpenCV library.

Modern life is incomplete without gadgets, smartphones, automated appliances, et al. These electronic devices aide us in our daily grind, making our otherwise mundane/hectic life a bit easier. So what controls these devices? In layman’s language, it’s a small circuit with preprogrammed human logic, called an embedded system. Listed below are some useful definitions.

Moving on, the five basic components required to build an embedded system using Python are discussed below, in brief.

The OS is the heart of an embedded vision system. Many different dependencies that are required to run software are provided by the OS, which is the interface between the hardware and the software. Of the many OSs in the market (such as Windows, Linux, etc.) there are reasons why Linux is preferable:

There are various Linux distributions like Ubuntu, Fedora, etc., to choose from. I personally prefer Ubuntu, because of its easy learning curve. Now, size is the main constraint for an embedded system. Using a PC OS won’t do. A much more portable solution is required, such as the PandaBoardshown in Figure 1.

Check out its specs:

PandaBoard is such a powerful mobile computing platform that one can port various OSs like Android and Ubuntu 10.04 to it!

There are many software and libraries available for image processing, like MATLAB, OpenCV, etc. Licensing costs for MATLAB are very high, but OpenCV is preferable since:

OpenCV grew out of an Intel Research initiative to advance CPU-intensive applications. The intent behind OpenCV was to provide a platform that a student could readily use for developing applications, instead of reinventing basic functions from scratch. Figure 2 is a block diagram showing the different modules in OpenCV. Check out the documentation here.

To make any changes in the external environment, we need a hardware circuit with a “brain”. This role can be filled by any microcontroller or microprocessor. Various companies such as Texas Instruments, NXP, Maxim, Atmel, etc., make microcontrollers.

There are various versions of Arduino to choose from, such as Uno, Mega, Lilypad, etc. I personally prefer the Arduino Mega (Figure 3), which is a microcontroller board based on the ATmega1280.

It has 54 digital input/output pins, of which 14 can be used as PWM (Pulse-width modulation) outputs, 16 analogue inputs, 4 UARTs (hardware serial ports), a 16 MHz crystal oscillator, a USB connection, a power jack, an ICSP header, and a reset button. It contains everything needed to support the microcontroller; simply connect it to a computer with a USB cable, or power it with an AC-to-DC adaptor or battery to get started.

This is a library that provides Python support for serial connections (RS-232) over a variety of different devices: old-style serial ports, Bluetooth dongles, infra-red ports, and so on. It also supports remote serial ports via RFC 2217 (since V2.5). We use this for communication with the external hardware (Arduino). This library is easy to use, and has good documentation.

Let us now proceed to OpenCV installation. All commands are meant to be run in a terminal.

In the second part of this series, I plan to cover the basics and functions of OpenCV, and then how to develop image-processing programs based on it. In the third (and final) part, I will cover Arduino and Pyserial programming, as well as how to integrate all five components to finally build an embedded system for image processing.

Acknowledgement: I would really like to thank my colleagues Sohil Patel and Samarth Shah for their help and support. I would also like to thank Prof N.P Gajjar and Prof Dhaval Shah for their guidance.
Feature image courtesy: Christian Scholz. Reused under the terms of CC-BY-NC 2.0 License.