Home Audience CIOs IT Pays To Be a Linux Expert 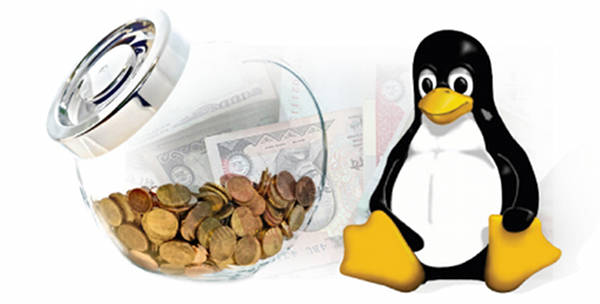 The IT industry is expected to hire many more Linux professionals this year, and to take extra measures to retain Linux talent within organisations. LINUX For You digs into their pockets and finds out what this demand means in terms of remuneration.

There is no doubt that the open source industry has been growing at a fast pace. Linux has gained a level of importance that was unheard of a few years ago, and today, Linux is one of the most sought-after skills in the job market. Various studies indicate that Linux professionals garner more full-time positions, and better salaries, bonuses and perks, compared to other IT professionals.

According to a recent survey of more than 2,000 hiring managers, conducted by The Linux Foundation and Dice Holdings, a jobs posting website, 80 per cent of companies that use Linux have made hiring Linux professionals a priority, but find that there’s insufficient talent out there to meet their demand. So yes, as the rules of economics dictate: excess demand + inadequate supply = better remuneration for you. Companies everywhere need trained Linux professionals, and they need them now.

As Linux is increasingly being used in IT, companies that rely on it are increasingly willing to loosen their purse strings and policies to recruit and retain the best Linux talent. “For Linux kernel development, we have seen a change in the remuneration scene over the last two to two-and-a-half-years. The industry now values open source developers a lot,” shares Divyanshu Verma, engineering manager at Dell R&D, India.

Industry stalwarts believe that though people with Linux skills were at par with other IT professionals, it was not considered a hot skill in the past. “It is important to know that a decade ago, open source skills were not part of standard job requirements, and therefore were paid based on the particular need of the project,” reveals Jyothi Bachhe, head, Open Source Practice, MindTree. “Now, these are increasingly being adopted by various segments in the industry, and in some cases, salaries paid for open source skills are much higher than other skills. It is also true that the industry now expects their employees to have more than open source skills — open source integration, open source software governance and community collaboration awareness are some of the priority areas for the industry.”

The Linux Foundation-Dice survey also states that companies are making significant “aggressive” investments to attract talent, and to ensure that they retain and reward top Linux professionals. While the average pay increase for tech professionals was just two per cent in 2011, professionals with Linux skills have seen a five per cent increase in salaries, and a 15 per cent jump in bonus payouts over the same time-frame. Moreover, the hiring managers have also reported an increase of 28 to 38 per cent in perks like flexibility of work schedules, additional training and certification programs, and salary increases above the company norm.

Linux professionals have reason to be optimistic about the future, as Linux is being considered a priority skill this year. Companies are on a major look-out for development and systems administration skills. The survey finds that companies are most aggressively targeting the mid-level professional, with 75 per cent of the respondents in the survey looking for Linux professionals with three to five years of experience. Nearly half of the respondents intend to add more Linux professionals to their firms in the first six months of this year than they did in the previous six months. “86 per cent of the survey respondents from Asian countries feel hiring Linux talent is a priority in the year ahead, citing an increased use of Linux as the primary driver. This is consistent with reports about the increasing use of Linux among consumer electronics makers, largely concentrated in the Asia/Pacific market,” the study states.

How important is the community

Apparently, your involvement with the open source community online has a direct impact on your pay structure. Bachhe discloses, “If an employee is part of an open source community and is contributing to the respective open source software, the depth and knowledge that he would bring in is different from someone who has just acquired the skills by way of adopting the software in a solution, or by way of training. The company’s faith in the use of the particular software in a project increases when those employees implementing the software are active contributors to it. In fact, MindTree pays consultant-level salaries to such employees — who are either authors of open source software, or participate actively in the community.”

In addition to increasing your package, contributing also adds to your credibility from an employer’s perspective. “Contributing to open source projects would be vital in the near future for showcasing the skill-sets. Involvement with the community is regarded as one of the most important aspects of a developer. Sometimes, just hanging around in IRC channels and reading mailing lists gives you an idea of where one can contribute,” opines Muthu Subramanian, an independent consultant who currently consults with Novell/SUSE (LibreOffice).

What you can expect

When asked about the verticals in which employees can expect a higher pay, Naveen Nimmu, senior manager at Broadcom, replied, “Embedded systems and software systems targeted for enterprise and data centre jobs are areas where employees can expect to be compensated well. Linux embedded developers and kernel device driver developers can earn anywhere between Rs 7-30 lakh annually, depending on their experience and skills.”

Sreekandh Balakrishnan, architect at gnuyoga.in, believes that skills in big data, IT infrastructure consolidation/virtualisation and storage will pay well in terms of remuneration. He shares, “Highly experienced Web/PHP developers, Linux embedded developers and kernel device driver developers can expect to earn over Rs 24 lakh annually, while a fresher’s pay would start from Rs 60,000 to Rs 2 lakh annually.” Meanwhile, Verma feels that the areas of growth are algorithms, kernel device driver development and embedded Linux.

Subramanian states, “In the Indian market, an open source professional can start with a minimum of Rs 2-4 lakh annually and the level varies largely across organisations and areas. There seems to be a boom in the mobile industry, especially in Android, and you can expect good growth prospects there. However, in the long run, one vertical is as good as another.”

Industry stalwarts named Google, Cisco and Broadcom among the top employers of open source professionals, and also named Red Hat, Novell/SUSE, LSI TI, Amazon, Canonical, Wind River, Microsoft, IBM Research and Yahoo in the list.
Well, maybe now is the right time to build up on your Linux skills, and ask your boss for that raise you have been dreaming about!

Use a high quality VGA cable to ensure quality visuals on your computer.