An Introduction to NoSQL Databases 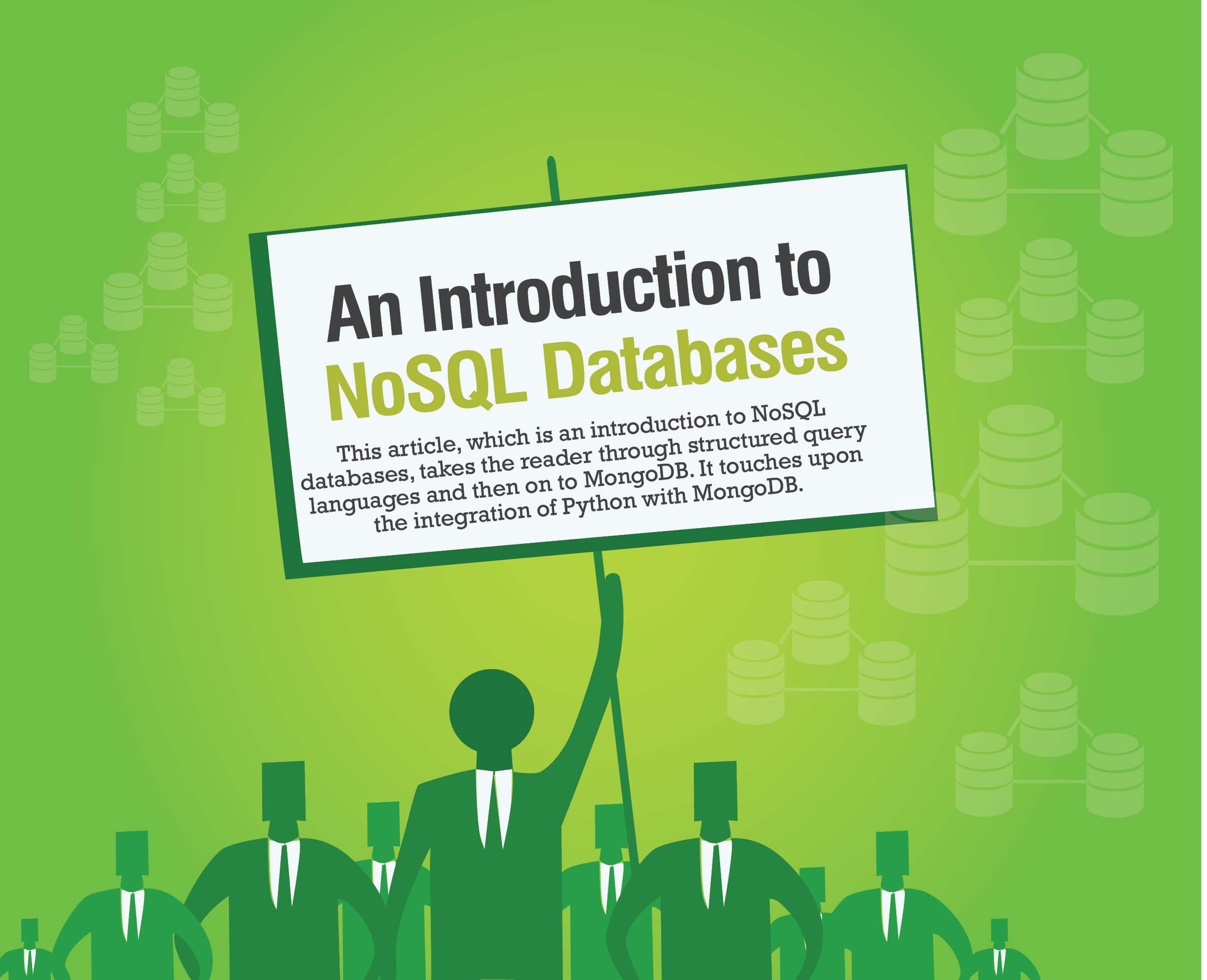 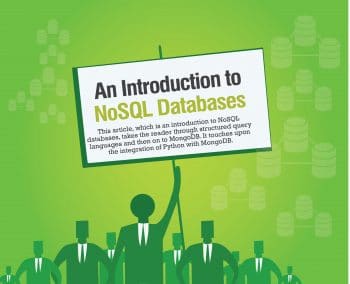 This article, which is an introduction to NoSQL databases, takes the reader through structured query languages and then on to MongoDB. It touches upon the integration of Python with MongoDB.

With the growth and development of cloud computing technology there has been a corresponding rise in NoSQL databases. In order to understand NoSQL databases, we have to study the need for them. Before one heard about NoSQL, there were many types of databases and related technologies. Most of these were relational databases, and to work on these effectively, SQL or structured query languages were developed. But these databases, as well as SQL, posed complex problems, for which developers tried to find alternate solutions. Some major problems were rigid schema designs, joins, child-parent dependencies, and so on. Developers had to look for alternatives that would ease these common problems with relational databases and SQL. Hence, Not only SQL or NoSQL came into existence, which offered support for SQL-like query languages, besides other features. Some of its key features are:

The following are the types of NoSQL databases (DBs) commonly found in todays market:

In this tutorial, we will start looking into different databases, beginning with a document based DB called MongoDB, which is quite popular among developers worldwide.

MongoDB
This is a document based NoSQL DB. It has become quite popular in recent years and many big organisations are major supporters of it. It was initially launched in 2009, and is developed and distributed by the 10gen organisation. It is open source and is freely available for developers to explore and learn.

MongoDB set-up and installation
MongoDB comes in both 32-bit and 64-bit versions for different OS platforms. You can get the installation details from the MongoDB site.

Note: It is always preferable to install the 64-bit version for better performance.

Start the mongod service by executing the commands shown below:

Open another terminal window and execute the following command:

The above command opens the shell prompt, which will connect to MongoDB.
Your MongoDB installation is now complete and ready to be used.
Sometimes, the above method may not work for Debian Linux. Dont be disheartened; download the .gz file of MongoDB. For me, it is mongodb-linux-x86_64-debian71-3.0.1.gz. Extract it by using the following command:

After that, run the command shown below:

The above command adds the MongoDB binary directory to the Linux path.
Run the following commands to run the service:

A better way to do the above task is to put both commands in one file saved as mongo1.sh, then run the mongo1.sh shell script.
For the Mongo terminal, run the following commands:

You can save both commands in a file saved as mongo2.sh, and then run the mongo2.sh shell script.
You can install MongoDB in Windows too. Check the steps of the installation under the NoSQL tab of L4wisdom.com.

MongoDB with Python
Now lets study how Python and MongoDB interact. You can run MongoDB and Python programs on Linux. In order to install the pymongo module, you can take advantage of the PIP program. Use the following command:

After entering the command, the progress of the installation will be displayed.
Now lets explore some Python code for MongoDB.
Insert data with Python. MongoDB stores the data in the JSON format. I am presenting a JSON file named test.json for testing:

Find the data with Python
In the previous code snippet, we inserted the records in the record1 collection of books database. Now we are going to discuss the code to view the records.

Here is the minimum code named using_find.py to view the records:

I think you are acquainted with the first four lines. Code line cursor = record1.find() tells the cursor to contain all the records. If you print the cursor variable, it will give you addresses like <pymongo.cursor.Cursor object at 0x1aac810>
In order to print the cursor document, we have used the for loop.
Run the program and you will get the output shown in Figure 1.
Lets assume that you want to display a particular field. Make some amendments to the above code. Replace the following line

and run the program again. The output will be like whats shown in Figure 2.
Here, ID is a particular field.

Now lets assume that you want to display a particular type, say, ID= 39. Make amendments to the above program and replace the following line

and run the program again. The output will be like what is shown in Figure 3.

Remove records using Python
You can remove a particular record using the pymongo module. I am going to give the minimum required code del1.py to delete the record.

Run the above program del1.py and the output will be as shown in Figure 4.

Update records using Python
Python can be used to update records as well as add new fields in a particular record.
In the first update program, lets update an old value. Let us discuss our next program named update1.py.

Run the above program update1.py and the output will be as shown in Figure 5.

The above code adds one more field with the value website:l4wisdom.com in the record, whose ID =100.
Run the program update2.py. The output will be as shown in Figure 6. 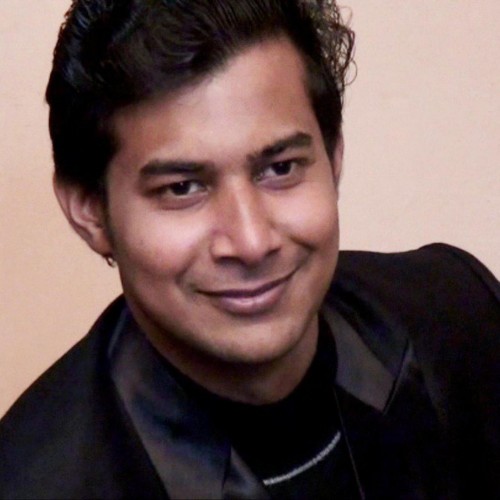