Home Audience For U & Me An Introduction to GNU Emacs 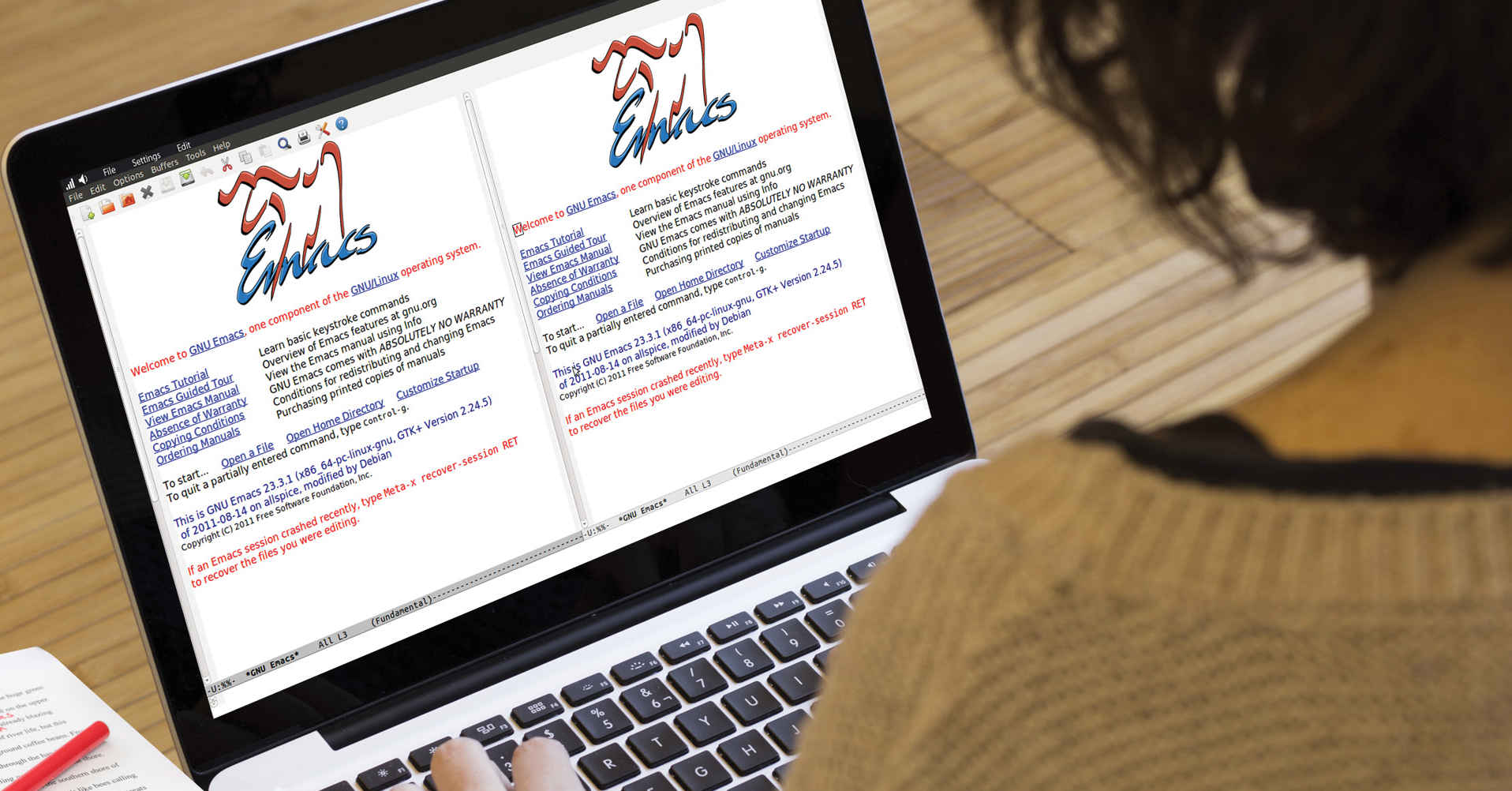 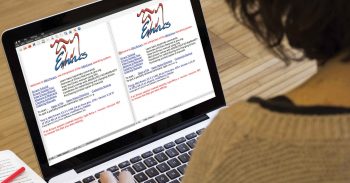 GNU Emacs, created by Richard Stallman, is an extensible, customisable text editor. While Emacs has many variants, GNU Emacs is the most widely used. This article spawns a series on learning to use it.

GNU Emacs is a very popular text editor written in C and Emacs Lisp. It can be run on many platforms, and can be easily customised and extended for user needs. It was created by Richard Stallman, the founder of the GNU project. This article is the first in a series on how to use it. There are a number of tutorials available for GNU Emacs; this series of articles provides one approach to understanding and learning the software. You are encouraged to refer to the official GNU Emacs reference manual for more information, and it supersedes everything.
Here are a few interesting quotes on Emacs.
“I use Emacs, which might be thought of as a thermonuclear word processor.” – Neal Stephenson (from In the Beginning Was the Command Line)
”Emacs is undoubtedly the most powerful programmers editor in existence. Its a big, feature-laden program with a great deal of flexibility and customisability.  Emacs has an entire programming language inside it that can be used to write arbitrarily powerful editor functions.” Eric S. Raymond (from The Art of UNIX Programming)
Personally, I feel inspired whenever I open Emacs. Like a craftsman entering his workshop, I feel a realm of possibility open before me. I feel the comfort of an environment that has evolved over time to fit me perfectly – an assortment of packages and keybindings which help me bring ideas to life day after day.  Daniel Higginbotham (in Clojure for the Brave and True)
“Emacs could not have been reached by a process of careful design, because such processes arrive only at goals which are visible at the outset, and whose desirability is established on the bottom line at the outset. Neither I nor anyone else visualised an extensible editor until I had made one, nor appreciated its value until he had experienced it. Emacs exists because I felt free to make individually useful small improvements on a path whose end was not in sight.” - Richard Stallman

Installation
You can use your favourite GNU/Linux distribution package manager to install GNU Emacs. On Debian/Ubuntu, you can install it with the following command:

On Fedora, you can use the Yum package manager as shown below:

The emerge tool can install GNU Emacs on Gentoo, as follows:

On Arch, the Pacman software can help you in installing GNU Emacs:

Use the Zypper package manager in SUSE as shown below:

Start-up
If you use the Unity interface, you can search for Emacs in the Dash, and it will show the Emacs icon that you can click to open the editor. This is illustrated in Figure 1.
On the Metacity interface or any other desktop environment with a panel, you can open GNU Emacs from Applications -> Accessories -> Emacs, as shown in Figure 2.
You can also open the editor from the terminal by simply typing emacs and hitting the return key.

The version that I have used for this article is GNU Emacs 24.3.1.

Exit
To exit from GNU Emacs, you need to use C-c C-q, where C’ stands for the Control key. You can also use your mouse and close the editor by clicking on the x’, but GNU Emacs was designed to be completely usable with a keyboard, and I am going to encourage you to only use the keyboard shortcuts.

Concepts
While you can work using GUI editors, I am going to teach you to work entirely on the keyboard to experience the power of shortcuts in GNU Emacs. You can disconnect the mouse and your touchpad when working on GNU Emacs. Just as an exercise, Id encourage you to remove your mouse completely and see how you can work with a computer for one day. You will realise that a lot of user interfaces are heavily dependent and designed for mouse interactions! By only using the keyboard, you can be blazingly fast and productive.
The keyboard shortcuts in GNU Emacs may seem to involve many keys. But please bear with me on this, because the way the shortcuts are designed, you will be able to remember them easily. As you practice, you will gain an insight into how consistently they have been defined.
GNU Emacs is a stateless editor for the most part. By stateless, I mean that there are no specific state transitions that need to happen before you can use the commands. There does exist the concept of modes. When you open GNU Emacs, you will see menus, buffer and a mode line as illustrated in Figure 3.

As mentioned earlier, we will not be clicking on the menus or icons with a mouse, but only use keyboard shortcuts. Everything is a buffer in GNU Emacs. Each buffer can have one major mode and one or more minor modes. The mode determines the keyboard shortcuts that are applicable primarily on the buffer. Examples of major modes are given in Table 1. 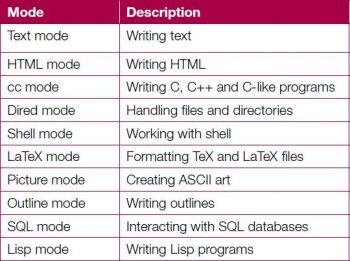 The mode line exists below the buffer and it gives you a lot of information on the status of the buffer, such as what modes are active and other useful information. Below the mode line is the mini-buffer, where any commands you issue are indicated and prompts for user input are shown. This is the overall view of the default GNU Emacs interface.
In today’s user interface applications, an application is treated as a window on a desktop. But, when you open GNU Emacs, you are actually opening a frame. A frame can be split into many windows. Everything is a buffer in GNU Emacs. So, you can have many frames of GNU Emacs, and inside each you can have one or more windows containing buffers (or files).

Features
Although GNU Emacs was designed primarily for text editing, it can do a lot more. A lot is probably a highly simplified term. It has got support for syntax highlighting for a large number of programming languages. You can also generate code snippets from templates using the yasnippet package. You can also enter markup or markdown text. There is support for indentation of text and programs depending on the programming languages and modes. Internationalisation support is available, and you can use it to even enter text in Indian languages.
A number of configurations are available for setting it up for your development work, including automating tasks for compiling, executing, testing and deployment. When you become familiar with Emacs Lisp, you can implement your own modules. Since it is Lisp, it is also easily extensible. You can write your own macros to perform repeated tasks. You can also query an inbuilt help system for information, shortcuts, tutorials and other documentation. You are not at all dependent on the Internet for information, and thus you can work offline too. Version control support is available for many centralised (cvs, svn) and decentralised systems (Git, Hg).
org-mode is a very popular mode for managing your notes. You can use it for planning your day-to-day activities. GNU Emacs can be used as publishing software. You can create wikis, blogs and publish books using it. This article is written using org-mode. Spell-checking modules are also available for your documentation needs. It is also possible to export plain text into a number of formats (PDF, HTML, etc).
A number of Emacs Lisp packages are available for networking. You can use Gnus for checking your e-mails, and reading and writing to newsgroups. Emacs Relay Chat (ERC) can be used for connecting to Internet Relay Chat (IRC) channels. There are modules that support the Jabber protocol for communicating with chat servers. There is also support for viewing Web pages inside Emacs. There are a large number of Emacs modules available through package repositories such as MELPA (melpa.org) and Marmalade (marmalade-repo.org).

History
The first version of Emacs (macros) was written by Richard Stallman and Guy L. Steele, Jr in 1976 for the TECO editor in MIT. It was written in a low-level language for the PDP-10 assembler. People were able to freely hack the code, make improvements and share their changes. This was the original hacker culture that existed in MIT. Unfortunately, business entities started to make software proprietary and this hacker culture ceased to exist, especially in the MIT AI labs. Richard Stallman wanted to revive the hacker culture and started the GNU project. He wrote the second implementation of the editor entirely in C in 1984, and released it as the first program of the GNU project. Today, it is a very popular editor that is widely used, and has more than 570 contributors. The official website for GNU Emacs is http://www.gnu.org/software/emacs/.