In social networking sites and in e-commerce, recommendations play a key role. E-commerce, in particular, depends on website traffic which is driven to it by various means. Fortunately, machine learning algorithms like Recommender can be used effectively in both these cases. This article focuses on Mahouts recommender systems.

Mahout is an open source machine learning library from the Apache Software Foundation. It implements many data mining algorithms like recommender engines(), clustering (), classification (), and is scalable to very large data setsup to terabytes and petabytes, which is in the Big Data realm.

In this article, I will focus on recommender systems in Mahout. Recommender engines are very popular machine learning algorithms that are used to recommend books, movies or articles based on the users past actions and interests.
Recommender engine algorithms come in two categories  user based and item based recommendations. User based recommendations predict what the users will like, based on their similarity with other users and do not require the properties or description of the items; for example, Facebooks friend recommendations. In item based recommendations, the preferences of users for some items based on their preference of other similar items can be suggested, and this requires prior knowledge of the particular items properties. For example, if a user likes one kind of comedy movie, he may like other similar comedy movies.

The following are the main components of the recommendation system in Mahout.

In order to process Big Data, Mahout can use HDFS. So a prerequisite to installing Mahout is JDK/JAVA 1.7 or later, Maven 3.0 or later and the Hadoop cluster. If you are using Ubuntu, you can use the following commands.
Install Maven from the repository sudo apt-get install maven. Download the latest distribution of Mahout from the site http://www.apache.org/dyn/closer.cgi/lucene/mahout/. Unzip and copy the following command to the desired location:

I copied it in /usr/local.
Now, cd  /usr/local/mahout/distribution or wherever you have copied Mahout. Then run the following command:

(Install Maven 3.0.1 or above for Mahout .20 distribution; else, it will throw some error.) You will get the screen shown in Figure 1 after successful installation.
Mahouts recommenders expect interactions between users and items as input. I tested a sample 568.3MB data, which contained the fields userID, movieID and value. Here, userID and movieID (itemID) refer to a particular user and a particular item, and value denotes the strength of the interaction (e.g., the rating given to a movie).

The following steps can be used to run the Recommendation algorithm.
Create a  directory in the Hadoop file system to store the ratings file using the following command:

Copy the downloaded file to HDFS using the following command:

Go to the Mahout directory, cd /usr/local/mahout/bin/ and issue the following command (the output file should be unique and JAVA_HOME should be properly set):

The command will run for a couple of minutes and you can see your output from the Web interface as well, as shown in Figure 2.

You can check the output file and it will contain two columns: the userID and an array of itemIDs and scores. This could, for instance, recommend a users preference for a particular movie, which he may be interested in watching.
We are leaving the age of information and entering the age of recommendation, says Chris Anderson, British entrepreneur and the curator of TED. The increasing adoption of the Web as a vehicle for business has changed the way in which businesses interact with the customer. Marketing teams and businesses are now using intelligent algorithms and social technologies to form meaningful, ongoing relationships with customers. It is here that technologies like Mahout Recommender will play a key role. 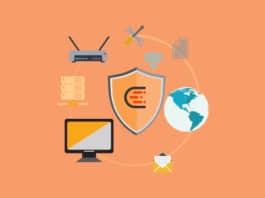 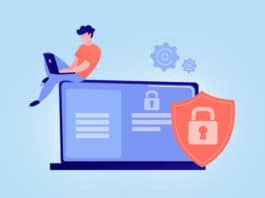