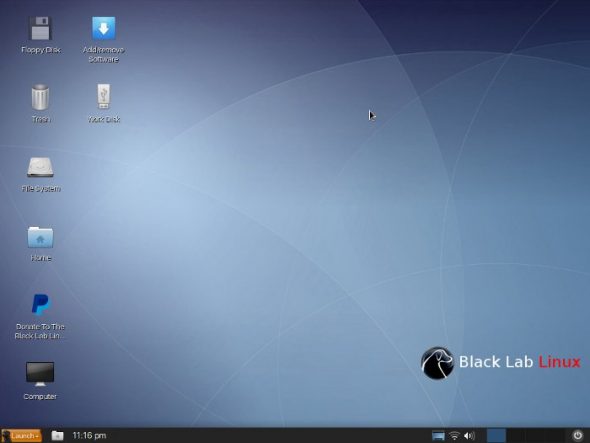 Black Lab Linux has announced the launch of its Black Lab Linux 7.6 as the latest Ubuntu-based custom Linux distribution. The new version is powered by Linux Kernel 2.19.0-58 and comes bundled with XFCE 4.12 desktop enhancements to deliver a fresh user experience.

To deliver a secure computing experience for all the open source enthusiasts and developers, the new Ubuntu-based Linux distro brings all the security patches and software updates that have been released until April 18. You may have experienced them in Ubuntu 14.04 LTS ‘Trust Tahr’ version in the past.

Black Lab Linux 7.6 can be installed on your system if it has at least 512MB of RAM, 8GB disk space and a graphic card with 800×600 pixels resolution. You can boot the 64-bit variant of the new Black Lab Linux either on UEFI or BIOS devices, while its 32-bit version is designed exclusively for BIOS devices.

The team behind Black Lab Linux acknowledges that some NVIDIA GeForce graphic cards aren’t fully compatible with the open source driver provided by the new kernel. Also, you would face issues while installing the new custom distro on virtual machine setups as they often restrict boot in Live mode. It is recommended in those cases to boot the release into the direct installer from the boot menu.

You can download the 32-bit and 64-bit versions of Black Lab Linux 7.6 directly from Ibiblio website. If you already have Back Lab Linux 7.0.x version, you can install the latest one simply by enabling the distribution update option.