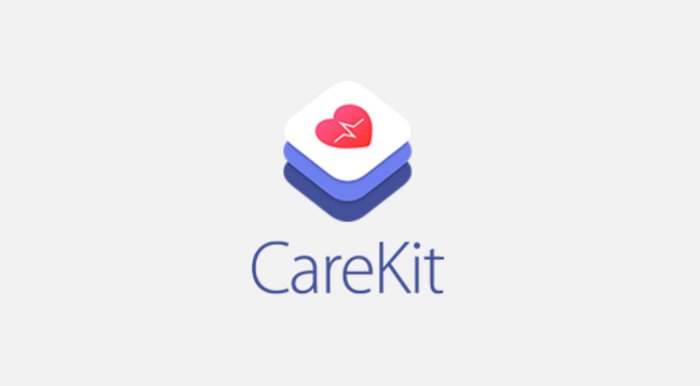 After making its official announcement in March, Apple has now open sourced CareKit. The new development is aimed to enable developers to build new healthcare apps for iOS running iPhone and iPad devices.

CareKit is the extension to the last year’s ResearchKit. The open source software framework is designed to empower individuals with healthcare solutions right through their iPhone or iPad.

“We believe that giving individuals the tools to understand what is happening with their health is incredibly powerful, and apps designed using CareKit make this a reality by empowering people to take a more active role in their care,” Apple’s chief operating officer Jeff Williams had said in a statement at the time of announcing CareKit back in March.

If you want to use CareKit for your next project, you can access its code directly from GitHub. Apple is providing you a CareKit BSD license to formally support your developments.

CareKit comes in four different modules in the initial stage. There is ‘Care Card’ to let you track individual care plans and action items using the built-in sensors of the Apple Watch or iPhone. You can use the provided ‘Symptom and Measurement Tracker’ to record symptoms and progress using surveys, photos, or activities through an accelerometer or gyroscope on the iOS device. Besides, there is ‘Insight Dashboard’ and ‘Connect’ modules to make it easy for users to know their health performance in a real time.

In addition to the community-driven healthcare efforts, Apple has launched CareKit blog. This comes as a one-stop place where individuals, physicians and engineers can share their experiences and gain some new knowledge to make their lives healthy and safe.

“The CareKit blog will provide individuals, physicians, and engineers all over the world with a simple way to share experiences and best practices on how to take advantage of the CareKit framework. It’s also a great place to check for stories of apps implementing CareKit in innovative ways,” the CareKit team writes in a blog post.

Apple’s plans with the release of open source CareKit are likely to make competition tougher in the existing mobile health (mHealth) market. It wouldn’t initially be a choice among developers in the emerging markets such as India and China. However, the Cupertino giant is apparently set to make it a successful offering for the developed regions like the US and Europe.