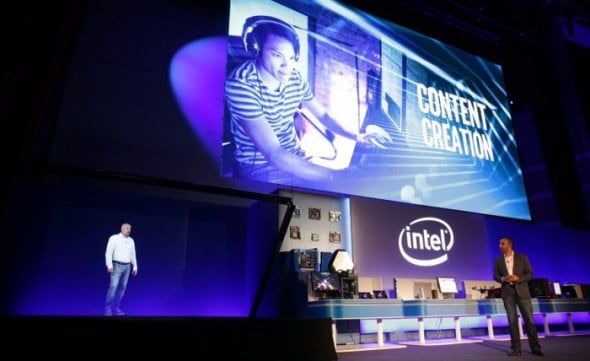 Intel at the Computex 2016 launched its new Xeon processor family to expand the business around the emerging visual cloud solutions. The new range of chips belongs to the all-new Intel Xeon E3-1500 v5 and comes with the graphics power of Intel Iris Pro graphics P580.

Intel previewed a 360-degree live-streamed virtual reality jazz concert at its Computex keynote in Taiwan to show hardware-assisted 4K video delivery capabilities of the new chips. Moreover, the chip maker claimed that the new chips have sufficient power to deliver up to 26 percent more performance available to complex CAD and content creation applications in virtualised environments when compared with the previous generation Intel Xeon E-1200 v4.

The concept of visual cloud isn’t new for the tech world. However, Intel’s latest development could bring some refinements to the existing trend. It exists through various audio-visual services such as webcasts, video conferencing and video transcoding over the web.

Intel claims that its new Xeon family will last for up to ten years. Thus, the new processors are targeted to some mainstream cloud and network service providers who are looking for some solutions in the long run.