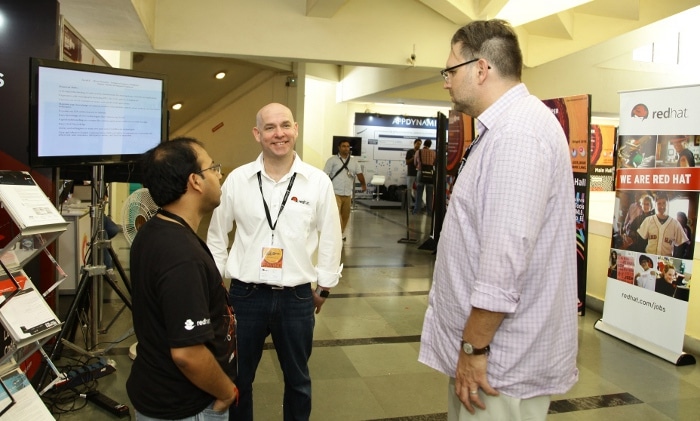 Red Hat is aiming to mark growth by enhancing its presence in India. In an exclusive conversation with Open Source For You, Ray Ploski, director of developer marketing and strategy for Red Hat, revealed that the software company is offering its open source tools to make things easier for Indian developers.

Ploski stated that Red Hat is set to establish a solution for Indian developers that will provide them work efficiency.

“What we are trying to establish about the solution is that developers can be successful with the tools and technologies in just their 9-to-5 schedules, from Monday to Friday. They don’t need to spend their nights, weekends or holidays to develop new offerings,” Ploski said during his recent visit to India.

“Red Hat primarily focuses on making things easier for Indian developers. As of April last year, we have started the Red Hat Developer Program, which is a no-cost initiative to give away solutions like Red Hat Enterprise Linux (RHEL) and Red Hat JBoss Middleware for Free. We ask developers in this model to pick up our tools and use them for their own solutions,” Ploski said.

Bob McWhirter, director of Polyglot for Red Hat, who accompanied Ploski during his visit, said that the developer program is designed by taking care of developers schedule.

“As the majority of developers are not the superstar variety, who work on their projects in the nights and during weekends, we designed our program accordingly,” McWhirter said.

When asked on what is hindering Indian developers to opt for open source solutions, the executives mentioned that not just in India but globally the number of people contributing to open source is quite smaller than the people utilising open source.

McWhirter said, “It’s not the case of India alone; it has been so all across the world.”

Ploski showed that India is already one of the leading countries where developers want to work on their projects on a daily basis. “India’s traffic to our Web properties has always been No.1 or No.2. Outside of the US, it’s the highest rate,” he said.

Catch the full interview of Red Hat’s Ploski and McWhirter in the July edition of our Open Source For You magazine. To subscribe, visit our website today.