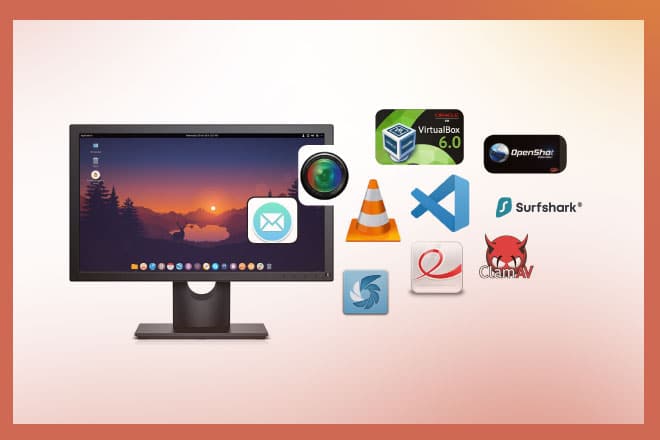 This series of articles, which explains various concepts and commands in Linux, is aimed at those new to Linux. We take a look at the basics of Linux to gain a better understanding of the power it has.

Linux is a major force in computing technology, powering everything from mobile phones and personal computers to supercomputers and servers. The job of a systems administrator is to manage the operations of a computer system. As most computing devices are powered by Linux, it makes sense to learn it. By the end of this article, you should be able to know and understand:

All the commands are demonstrated using a CentOS Linux distro.

A file system is a method of storing files on a hard disk. There are different types of file systems supported by Linux:

The Linux system stores files according to a standard layout called the file system hierarchy. The most common Linux directory structure is shown in Figure 1.

One of the key features of Linux is that it provides online help about every single command. To access the Linux manual (man) page, type the following command:

This will provide the manual page of the ls command.

In Linux, Everything is a file. This means that when we are dealing with normal text files or with device files, we interact with them through file operation related commands. Some operations on files are discussed below.

Creating a file: There are two commands to create a file: touch and cat. The touch command simply creates an empty file. Type the following command to create an empty document:

To view a file type, use the command given below:

Copying a file: The cp command is used to copy a file from one location to another, as shown below:

This command copies a file from the current working directory to /home/bhargab/Documents/.

Removing a file: To remove a file, type the following command:

Renaming and moving a file: The mv command is used to move and rename a file. To move a file from one location to another, use the following command:

The above command will move file1 to the Document directory under /home/bhargab/.
To rename a file, file1 to file2, type the following command:

This command simply lists the file name and directory name. To list all files in your home directory, including the hidden files, type the following command:

To view files in along listingformat, type ls with the l option, as follows:

A portion of the output is shown below.

A link is a connection between a file name and actual data in the hard disk. There are two types of these – the hard link and soft link.

A hard link can be created by typing the following command:

And a soft link by typing the following command:

In Linux, every file is associated with three types of permissionsread (r), write (w), and execute (x). The existing file permission can be changed by the owner of the file or the super user. The following command will embed a write permission to the group:

Similarly, to give an execute permission to other users, use the command given below:

In order to take away execute permissions from a group, type the following command:

The pwd command displays the current working directory, as follows:

This means that the current working directory is /home/bhargab/.

The mkdir command is used to create a directory, as follows:

This will create a directory, myDir, under /home/bhargab/.

The rmdir command is used to remove an empty directory, as shown below:

rmdir with the p option removes not only the specified directory but also parent directories.