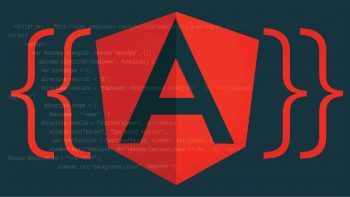 Here is an introductory article to AngularJS, a very powerful JavaScript framework. It can be added to an HTML page with a <script> tag. Read on to know and understand more about its features.

AngularJS is a JavaScript framework that allows you to extend HTML into a more readable and presentable format. It enables you to write your application logic instead of manually updating views. AngularJS helps to write cleaner and more efficient code for creating rich and interactive single page applications (SPAs).
The general features of AngularJS are shown in Figure 1.

AngularJS provides solutions to all these challenges. It is a full-featured SPA framework. Some of the core features are described in Figure 3.

A Hello World example
First, all we have to do is include Angular JS JavaScript in our HTML document, as follows:

ng-app: This attribute stands for the active portion of the entire page. As per our code, it is the whole document. If you want to activate some specific location, then apply the ng-app attribute to that specific location tag.
ng-model and two-way data binding: ng-model binds the model value with the state of the text box. As per our code, we have defined a model as yourname. This value is attached with the value of the textbox using the ng-model attribute. So the change in the text box value will automatically reflect in the model yourname. This is nothing but two-way data binding. Similarly, if the model value is changed, then Angular will change the value of the text box.
The output of the Hello World example is given in Figure 4.

Basic directives
Directives are nothing but the markers on a DOM element, which tell the compiler to attach a specified event or behaviour to that element.
Angular comes with a set of built-in directives. Some of these are described below.

MVC architecture
Model View Controller (MVC) is a software design pattern used for the development of Web applications. It is made up of the following three parts:

Model
The model contains the data to be displayed, as well as data to be collected in any input fields or forms. Additionally, it may contain functions that are called based on user input or other activities. A model in Angular is just a plain JavaScript object. It can be a primitive type such as a string, number, Boolean or a complex type such as an object.

View
View is nothing but how you present the data in a particular format. It may be triggered by the controllers decision. The view in an AngularJS application is created using HTML. View is what users see. It binds data from the model inside your controller, and will get updated automatically if there are model changes from the controller, since Angular has two-way data binding. There is no need to write additional code to achieve this.

Controller
Controller is the place where the application logic resides. It is simply formed by JavaScript classes. In it, we can also call other components to work with. The controller is where the model lives.
The controller for a view is used to pull together the model used by the view and handle the input from the consumer of the view. In AngularJS, the controller is resolved by name, from the ng-controller directive.

The output displays the model data in view, through the controller:

Filters
Filters are used to modify the data and can be used in expressions or directives, using the pipe character. The following is a list of commonly used filters.

Given below is the sample program that shows the construction of custom directives.

The output is the AngularJS test application:

Dependency injection
AngularJS contains a built-in dependency injection mechanism. This is the key to making easily reusable and testable components. It is a software pattern that ensures references to other components are not created directly for the components. Instead of direct instantiation, each component will get references required by other components. So there is no need to find the dependencies for components, as dependencies themselves are configurable. The application will be divided into different components, which can be injected into each other. This makes your application easily reusable, configurable and testable.
AngularJS contains the following core types of objects and components:

The values are defined using the value() function on the module. The first parameter is the name of the value, and the second parameter is the value itself. Factories, services and controllers can now refer to these values by their name.

Factory
Factory is a function that is used to create value. It creates value whenever a service or controller needs it. The factory function is used to calculate and return the value. Once it is created, the value is reusable for all services, controllers, etc.
Here is an example that defines a factory on a module, and a controller which gets the factory-created value injected:

Service
A service is a singleton JavaScript object, which is a set of functions to achieve specific tasks. The functions contain the necessary logic for the service to carry out its tasks. They are defined using service() functions and then used in controllers.

MyService is nothing but a function.

Providers
Providers in AngularJS are the most flexible, and are used to create services, factories, etc. You can register a provider with a module just like you handle a service or factory, except that you must use the provider() function instead.

Constants
Constants are used to pass values during the config phase by taking into consideration the fact that the value cannot be passed during this phase. Constants in AngularJS are defined using the module.constants() function. Shown below is an example of an AngularJS constant: