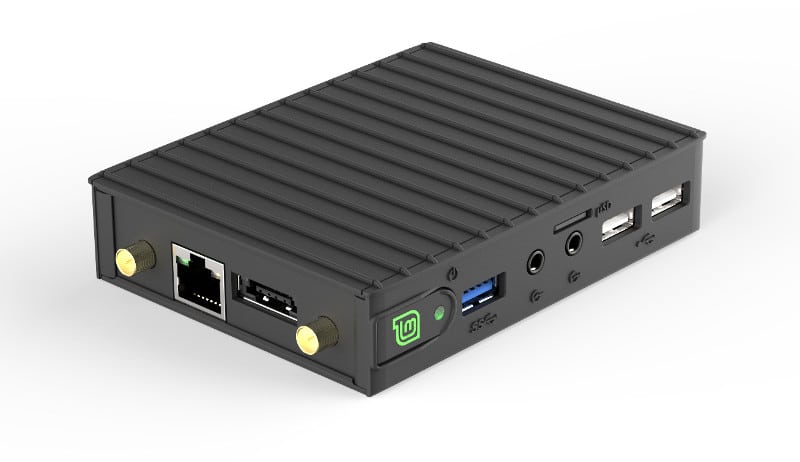 Open source distribution maker Linux Mint has launched Mintbox Mini Pro as an upgrade of its original Mintbox Mini. This new device packs powerful specifications and runs on Linux Mint 18 Cinnamon out of the box.

Compared to the first-generation Mintbox Mini, the newly launched Mintbox Mini Pro has an AMD A10 Micro-6700T chipset along with Radeon R6 graphics. The old system had 64GB of storage and 4GB of RAM, while the new PC comes with 120GB of SSD mSATA and 8GB of RAM. There are also some advanced connectivity options, such as dual-band Wi-Fi 802.11ac mini-PCIe, Bluetooth 4.0, dual Gbe Ethernet port and a serial port, and an all-metal black housing with better passive cooling.

The latest Linux Mint device has a total of two USB 3.0 and four USB 2.0 ports. There are also two HDMI ports and a microSD card slot as well as a 6-pin microSIM card slot.

Mintbox Mini Pro is available for $395 in the US market. This brings a $100 difference from the previous Mintbox Mini that went on sale for $295. By paying more bucks, you are getting a speedier and much-improved hardware to experience the world of Linux.