Home Audience Admin Setting Up Apache and PHP on Windows 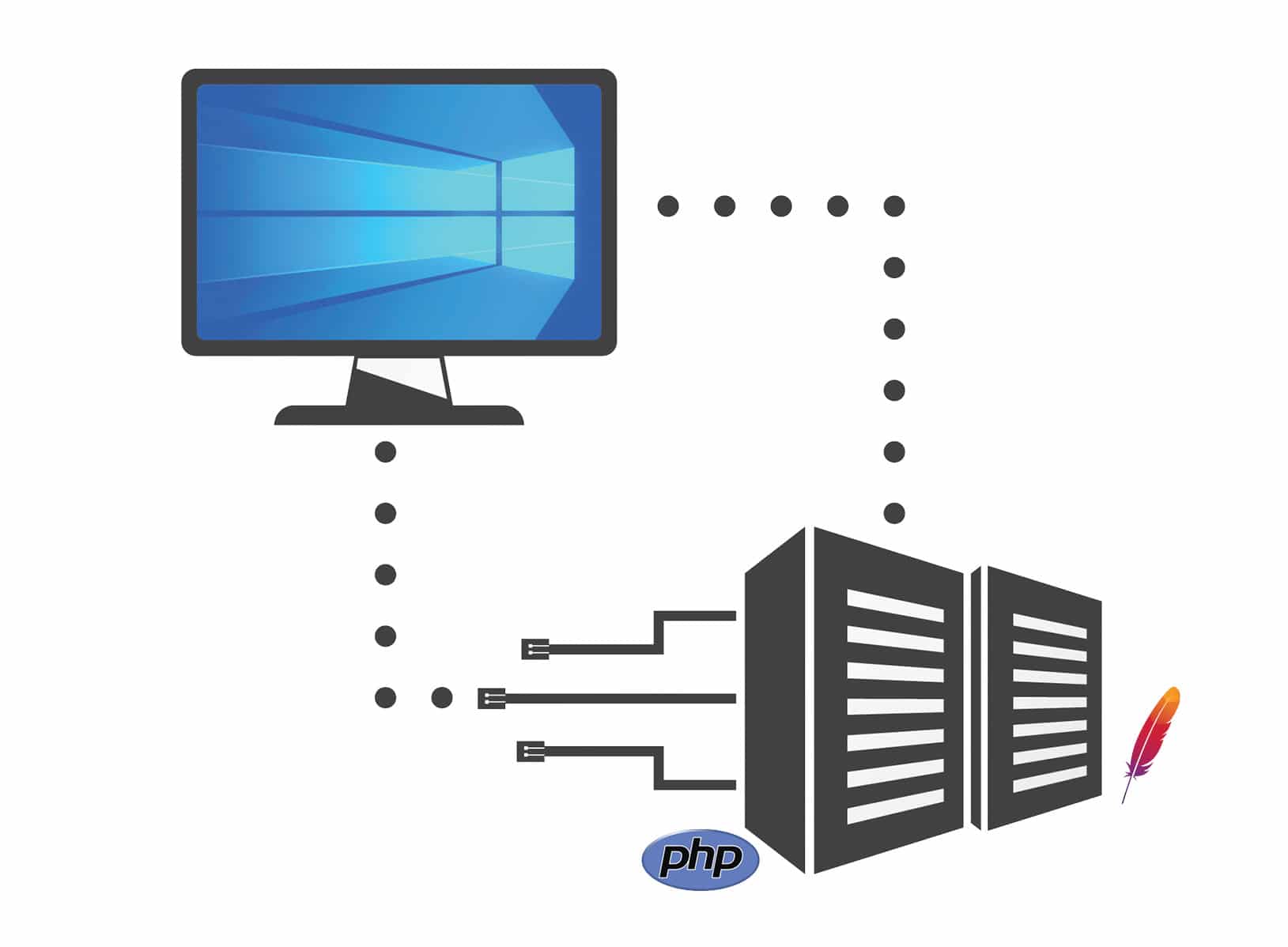 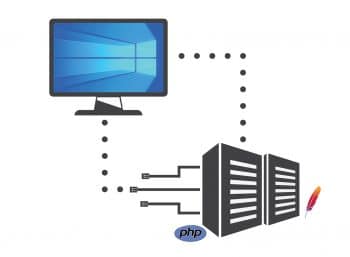 Developers can easily run or test their scripts in Windows before they put them out on the Internet, if they have Apache and PHP installed on their systems. This article is a tutorial on how Apache and PHP can be set up in Windows.

Web servers are computers that are usually set up in a facility called a data centre. These servers are maintained and operated by hosting companies, to store websites, so that people can visit them on the Internet. The files stored on a Web server are read by browsers, which convert these files into images and text for viewing. Your browser communicates with the Web server to bring you information from the Internet. The purpose of Web servers is to serve files, as requested. A server can send the same file, or a different one, to hundreds of users at the same time.

Basically, the Web server software receives your request to access a Web page. It runs a few security checks on your HTTP request and takes you to the Web page requested. Depending on the page you have requested, the server may be asked to run a few extra modules while generating the document to serve you. It then serves you the document you requested. The process is an example of the client/server model. All computers that host websites must have Web server programs and Apache is one such program.

An introduction to Apache
Apache is the most widely used Web server software. Developed and maintained by the Apache Software Foundation, it is open source software available for free. It can be highly customised to meet the needs of diverse environments through the use of extensions and modules. Most WordPress hosting providers use Apache as their Web server software.

The Apache HTTP server is software (or a program) that runs in the background under an appropriate operating system; it supports multi-tasking, and provides services to other applications that connect to it, such as client Web browsers. It was first developed to work with Linux/UNIX operating systems, but was later adapted to work under other systems, including Windows and Mac. The Apache binary running under UNIX is called HTTPd (short for HTTP daemon), and under win32 is called Apache.exe.

In this tutorial, we will install Apache and PHP in Windows in order to run your system as localhost (server).

The system prerequisites to do so are:

Installation wizard of Visual C++ redistributable 2015
Read the terms and conditions of the licence, click on the tick mark to accept these, and then click on Next.

Downloading and installing Apache
We can download the latest version of Apache from https://www.apachelounge.com/download/. Download it based on your system’s requirements (32-bit or 64-bit).
Extract it and put it in the C:\ folder.

Downloading and installing PHP
Download PHP from http://windows.php.net/download. In the dropdown, Binaries and Source Releases, there will be many versions of PHP. The latest release is PHP 7, but I strongly suggest that you download PHP 5.6 because it is more common and will be installed in most of the servers and by the hosting services providers. You can use PHP 7 in the future but, as of now, we are coding something so we can continue with the PHP 5.6 thread safe release.

Download the Zip file and unzip it. Place it in a newly created folder named PHP inside the C:\ drive.

Running Apache and PHP in your system as localhost
Let’s access the Apache24 folder that we moved to the C:\drive earlier. Then, get into the conf folder and edit the httpd.conf file using Notepad or your favourite text editor.
Scroll down to the bottom of the file and add the following lines:

Next, find DirectoryIndex (you can use Ctrl+f) and change index.html to index.php.
What we are doing here is telling Apache that the first file we need is a PHP file and not an HTML one. Save the changes.

Now, search for ServerName (Ctrl+f ). Initially, it is commented; so uncomment it. We are changing this because we will use it for our browser search. Instead of typing www.example.com:80 in the browser search box, we just type localhost.

Use the Move up or Move down button to keep them in order, just to be sure. Click OK and close the window.
We can now check whether the Apache settings are correct and if all the servers are set up properly by running the following command in CMD, under administrative privileges:

Some PHP settings have to be edited in order to tell Apache which PHP setting we need to have. Let’s access the PHP folder in the C:\ drive. Scroll down and search for the PHP.ini-development file and rename it PHP.ini.

Let’s open this file and uncomment a number of sections.
First search for extension_dir and uncomment extension_dir = “ext” by removing the semicolon.
To uncomment PHP modules, let’s search for PHP_mysql.dll. There we have to uncomment two extensions of my_sql, which are used along with PHP.
Save the changes.
Let’s go back into our command line and then to the root folder, as follows:

To go back one folder, for instance, if we are in C:\ drive and want to access the PHP folder, type:

Inside the folder, type the following command:

To see the list of all the modules that are loaded, I suggest you restart your system. Open your browser, and type localhost in the URL search bar.

If something like what’s seen in Figure 9 shows up, we have the confirmation that our servers are running fine because we can see the files inside the localhost index. To access the folder, go to the C:\ drive and open the Apache folder. Find a folder named htdocs and create a new file named info.PHP inside it. Then type the following:

Again, go to your browser and type localhost/info.PHP in the URL search bar to get information about the PHP version. There lies all the information on the localhost, modules and everything that we just installed.