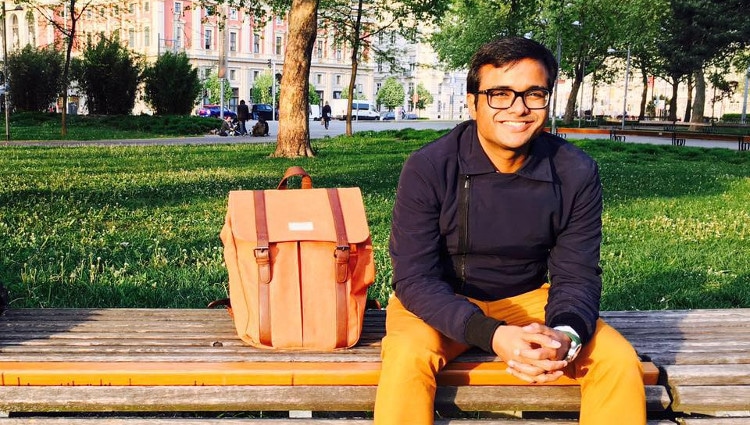 Open source is certainly growing in India. But what are factors that are limiting its growth, and how we can get more contributors from the country that has a large number of developers and IT companies? Jagmeet Singh of OSFY, discusses these points in a conversation with Abhishek Prakash, founder of It’s FOSS, which is a blog on Free and Open Source (FOSS). Edited excerpts…

How do you see the evolution of open source in India?

If you compare the open source awareness in India with other major countries, we lag far behind. Most IT-related engineers are unaware that there exists something called Free and Open Source Software. Of those who are aware of FOSS, they are more infatuated with the free aspect and in an incorrect fashion. People see FOSS only as something for which you don’t have to spend money. It is wrong in all possible sense.

One question that I often get asked is, ‘What is FOSS?’. It is usually from the readers who are familiar with Linux but have never heard the term FOSS before. Fun fact, this actually led me to change It’s FOSS name to “It’s FOSS – Linux Blog” on our Facebook page. And as a result, I have seen a spike in the page likes/follows with a significant audience coming from South Asian countries. This has affirmed my suspicion that ‘FOSS’ is not as widely popular as ‘Linux’.

Additionally, I think the Indian market is job oriented. People in India are intended to learn Linux because it may help give them a job or just because it looks nice on the CV. Well nothing wrong with that, but I think this kind of mind-set needs to change.

At this juncture, I would like to add that things are improving gradually, but we have still got a long way to cover to spread open source awareness.

People in India are intended to learn Linux because it may help give them a job or just because it looks nice on the CV.

What are the key areas around open source adoption that need to be improved to enhance community efforts in the country?

India has an astronomical number of engineering colleges, and it must be utilised for the sake of open source.

Building open source communities in colleges, organising seminars, hosting hackathons and training them early in their careers help to make them ready to join the industry as developers. These practices will also enable a sense of commitment towards open source.

How has been the shift in the open source world from the past, Linux era in your views?

When I was pursuing my B.Tech, around 12 years ago, I wasn’t aware of the term FOSS, and there were no workshops or seminars about open source. But today, I see many colleges organising workshops, talks and seminars on topics related to open source. Mozilla and Fedora along with Debian have helped a lot in spreading open source awareness in college campuses around India. It is indeed worthy of appreciation.

However, I am afraid that I can’t say the same about the IT industry. It is because, so far, there hasn’t much traction from the famed Indian IT industry in this regard.

Do you think the awareness of open source is yet to gain traction among Indian developers as well?

It’s not like there is no awareness among the Indian developers at all. Working all these years on It’s FOSS, I have come across several Indian developers who are doing commendable work for open source software. Kovid, Arun and Tony are some of the names I can recall, at present.

However, I don’t see the same level of contribution for open source projects from Indian developers as from countries like Germany, France or the US. Perhaps, it is happening because we are still taking programming as a profession rather than a passion. Also, long and tedious work hours in Indian IT setup hardly leaves enough time for the developers to think of anything other than work.

Open source enterprises are also a rarity in the Indian market, unfortunately. But as we become more globally aware, I am certain that things will improve in coming years. Open source is a growing buzzword in the technology sector currently. And, I hope this trend will capture the Indian tech sector as well.

How has been the growth of your It’s FOSS portal?

In the last five years, It’s FOSS has grown from just a random Linux/open source blog to a reputed and reliable source and a dominant authority in the open source world. I started it all alone to spread awareness about open source and help people with desktop Linux — all in my free time. I still work on it in my free time, although I am not alone anymore. I have been joined by like-minded people who contribute to It’s FOSS in their free time. This has given It’s FOSS a new dimension and a variety.

It’s FOSS has become a strong community with thousands of Linux and open source enthusiasts from across the globe. Members range from students to retired people, from new developers to executives of enterprises. We are aiming to continue growing among all strata of society and in all parts of the world.

It’s FOSS seems to be primarily focusing on tutorials. Is it because people want to know various ways to use open source in their lives?

The primary aim of It’s FOSS is to help people, especially the beginners. This is why you will see plenty of tutorials and guides on It’s FOSS.

Having said that, with all the feedback and suggestions that we receive, we try to provide as diverse content as possible ranging from news to tips and tricks to cheatsheets. But the main motto remains the same: help people get started with open source.

Alongside improving adoption through web tutorials, how can we all together help enhance the practices of contribution and sharing in the Indian IT industry?

The Indian IT industry is mainly service oriented where the main focus is on delivering projects to the clients. This, I believe, is the main reason why we don’t see encouragement pushing in for open source from the corporates.

With an increase in startups and domestic product-based companies this will, hopefully, be changed in the near future.

On the developer front, the scenario seems a little brighter. Several companies are actually looking at a developer’s GitHub profile to find out more about the applicant’s coding skills. I think this could be a good first step for the Indian developers to contribute to open source projects.

Not only will this help the open source software projects, it will also help developers build a better profile.

The Indian IT industry is mainly service oriented where the main focus is on delivering projects to the clients. This, I believe, is the main reason why we don’t see encouragement pushing in for open source from the corporates.

Where do you see FOSS (Free and Open Source Software) in the market of commercial open source developments?

From what it appears, the real open source i.e., FOSS is being left behind. Open source is the new buzzword in the industry, and everyone is eager to jump on the open source bandwagon. Even Microsoft and Apple are getting involved in it.

But most of these open source projects are not what we can call ‘Stallman approved’. Licensing is still a big issue and part of the reason why the corporate giants are going to stay away from FOSS even in the near future. Open source will keep on growing, though.

How do you consider the recent open source developments by Microsoft?

I welcome the move with a reservation, of course. It’s heartening to see Microsoft open sourcing a few of their projects. But if you look closely, it is a very clever move for the Windows maker. Turns out, by open sourcing those projects, either it is Microsoft that gains big or at least it doesn’t lose anything.

Should the community heartily welcome the arrival of proprietary giants like Apple and Microsoft in the world of open source?

Honestly, it is worth a debate. Open source adoption is a growing trend, and it is convenient to speculate that a few companies are adopting it simply because it’s a fashion trend. It helps them earn the brownie points.

That being said, I am happy that at least open source movement is growing and that’s a win-win for the all of us.

Finally, what all do you think would be the major open source attractions in the next five years?

The way things are moving, I believe it will anchor more towards server and cloud than the usual desktop. Everything around containers and blockchain is the next big thing, and that is where the focus should be.