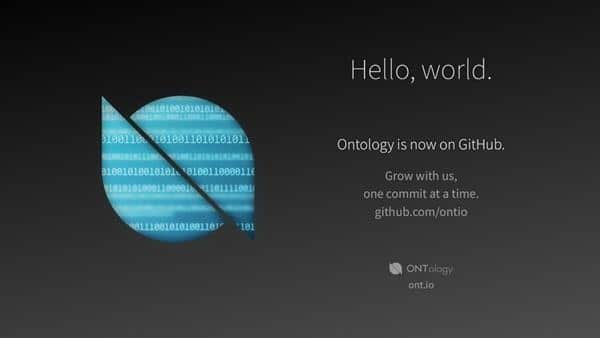 Ontology has officially released its first open source projects on GitHub for blockchain infrastructure development. Simultaneously, the company has invited developers that marks the beginning of the Ontology developer community.

Jun Li, Founder, Ontology, said, “We acknowledge that blockchain brings about social collaboration in finance, business, organisations, and populations. It reduces costs, increases efficiency, and even changes values of existing models in business and social collaboration. We must also recognise that blockchain is still without perfection, as it faces many problems in technology, ecosystem, and other mechanisms that need to be explored to support mainstream industries.”

He emphasised that industry collaboration at this stage, is critical than competition. “Ontology will continuously cooperate with industry peers and technology communities in the spirit of open source and open cooperation in order to advance the development of blockchain technology and the industry,” he reiterated.

Considering the large scale of the public blockchain infrastructure, Ontology will be rapidly deployed through an open-minded, open-source model and accompanying technical community to rapidly deploy projects together. Portions can also be gradually deployed to different scenarios, with feedback being continuously applied to enhance functions required for practical applications.

Ontology will be using a multi-version rapid iterative method to continuously promote the basic chain. In the first stage, Ontology will open the first batch of projects for open source. This would include projects that have entered their first testing phase, as well as projects under development.