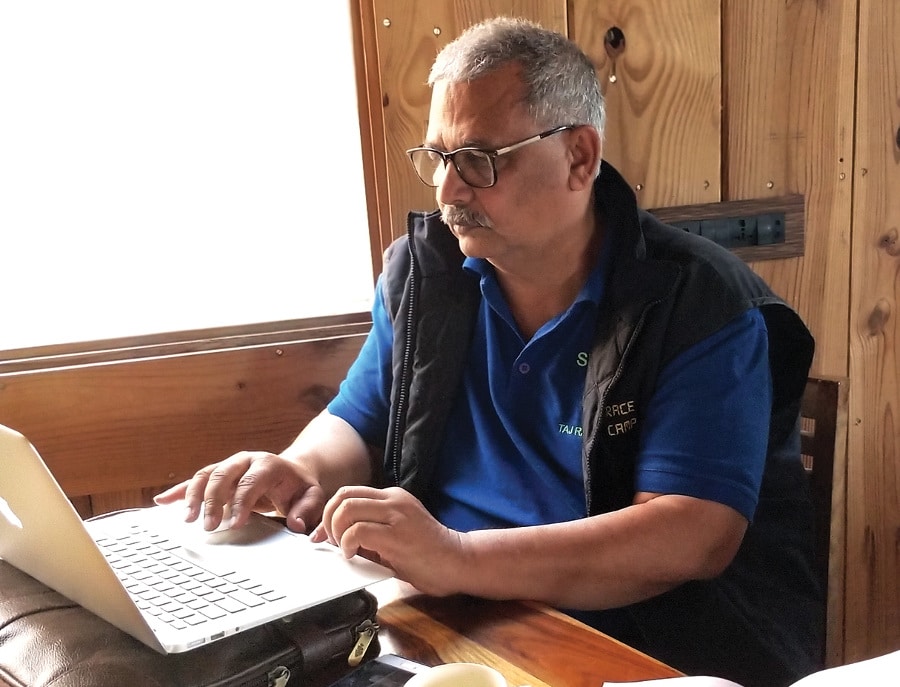 In spite of not being a developer or having any technical background, his emails used to be answered by renowned computer scientists and founders of open source projects. Today, he is not actively associated with open source but his contributions and efforts towards promoting open source are truly commendable. Busy with another passion of his, motorsports, Sudev Barar, director, InCarNation Sports Pvt Ltd, remembers his professional journey as a wonderful learning experience, all thanks to open source. In a chat with Syeda Beenish, executive editor of OSFY, he talks about the market challenges way back in the 1990s and how open source helped his organisation to do more with fewer investments. The excerpts…

Being a commerce graduate from Punjab University, my open source journey has two aspects – how it impacted me, as a person, and how it affected my enterprise. I adopted open source to benefit from the technology, but more than that, there was a lot of learning. Not being a software developer or a programmer, even downloading Linux onto the desktop computer was a challenge for me way back in the late 90s.

Though I was not an IT person, yet, by default, I was taking care of this aspect for the company I was part of. Back in those days, companies made a lot of promises about what a particular technology could do for enterprises, but practically, they were unable to take the enterprise load.

Since I love reading, I discovered Linux around 1992-93. My sheer curiosity and my business’ needs got me hooked to open source. And since 1997, I have been actively involved with it.

I first got personally interested in Linux and then I realised it could be a perfect fit for my organisation’s needs. My team supported me, and I could show the management huge savings in terms of money and enhanced performance if we used open source.

I was part of a company called Nuchem Limited, with about 1200 employees, of which around 150 were office staff. They needed to communicate internally and externally. We were using computers and the first choice for the operating system had been Windows, but there was a licence fee associated with it. Licensing was a costly affair and best avoided. It’s not that we did not buy licences at all—we did have licensed versions of CAD because it was absolutely necessary for our work.

Using pirated software would have saved costs, but we never wanted to go that way. I had a team of four people under me. We all had interesting learning paths and delivered big results within small budgets.

We faced challenges but found innovative answers. For example, David Harris, a New Zealand based developer, had developed Pegasus mail for some anonymous corporation. We were using it for free with reasonably good support, though the source code was in his hand. We could recommend changes as per our needs and, if approved, we had to pay a small amount commensurate with the additional effort needed to make those changes. Later, after we rolled out Linux networking, we shifted to Sendmail and hosted our own internal mailing servers.

The irony is that, today, we want the best software but we hardly use 10 per cent of it. Big bosses always want the best machines but since most of them are not technically proficient, they under-utilise them. To address this issue, I devoted quality time in conducting a series of workshops with a few corporates, on the optimal usage of even basic software like word processing, teaching them about mail merge to improve efficiency. I aggressively participated in events that promoted the effective use of office applications.

The mailing list and its later avatar, the forum, are all about sharing knowledge. It is like broadcast that gets you possible solutions to specific problems.

Open source is not just about software that is FREE

This is a popular myth and I laugh when people’s only definition of open source is that it is free. The fact is that it is usually easier to obtain than proprietary software, often resulting in its increased use. Sometimes open source helps developers to build loyalty and experience a sense of ownership of the end product. I can say that the open source software (OSS) development approach offers the potential for more flexible technology and quicker innovation.

Open source is all about code, so even if the original developer stops working on it, the code continues to exist and be developed by its users. Also, it uses open standards that are accessible to everyone; thus, it does not come with the problem of incompatible formats that exist in the proprietary software world.

Just to share an example, at one point we required 120 desktops in our company. Let’s, calculate the typical cost of such infrastructure—the hardware would have cost ₹ 60,000-70,000 per machine. And then we required Windows, for email and an office suite, which meant another

₹ 30,000 – 35,000 per system for just software. It all added up to a huge budget. Since we had decided not to use any unlicensed software, open source or Linux was the only viable solution to cut down costs.

But what about the hardware? Fortunately, we came across an open source project called LTSP (Linux Terminal Server Project). The founder and project leader of LTSP, Jim McQuillan, was targeting computer learning in schools at the lowest cost. This model uses a free and open source terminal server for Linux that allows many people to simultaneously use the same powerful server. Applications run on the server with a terminal known as a thin client (also known as an X terminal) handling input and output. Generally, terminals are low-powered, lack a hard disk, and are quieter and more reliable than desktop computers because they do not have any moving parts.

Using this concept, we could easily run 20-25 terminals off one computer. Instead of buying one computer for everyone, we could use older generation computers as terminals and only invest in two or three new computers. This meant big savings of around 60 per cent on hardware too.

This technology later gained popularity in schools as it allowed them to provide students access to computers without purchasing or upgrading expensive desktop machines. Improving access to computers becomes less costly as thin client machines can be older computers that are no longer suitable for running a full desktop OS. Even a relatively slow CPU with as little as 128MB of RAM can deliver excellent performance as a thin client. In addition, the use of centralised computing resources means that more performance can be gained for less money through upgrades to a single server rather than across a fleet of computers. We started with M4Linux at the time of K12 LTSP. It was a startup to promote the adoption of open source. In fact, here we implemented a few thin client architecture networks for clients.

In 1990, we had started a plant at a new location about 250 kilometres from our base in Delhi. At that time, we were sold the concept of a paperless office by a well known IT firm, that charged huge licence costs and a high maintenance fee, and sold us costly hardware. Yet, neither was the firm able to deliver speed nor handle real-world volumes of data. The solution also couldn’t cope with changes in parameters like excise duty structures, new cesses, etc, which meant going back to the developers for changes. And changes always meant extra bills to be paid. Finally, in desperation, we threw out the entire hardware and software and, instead, developed our own ERP solution using the LAMP stack, i.e., Linux Apache MySQL and PHP (OS, Web host, database and language) running on LTSP.

My passion: Open source and motorsports

My definition of open source: Sharing and spreading of knowledge

Myth about open source: It is software that is FREE

India and open source: Some major projects have been contributed from India, today

Addressing the lack of talent

When we were at the learning stage, hiring the right talent was a big challenge. I wanted to extend my team both in terms of numbers and capabilities. So I approached professional technical colleges. We invited students looking for six month training/internships as per the mandate of their respective curricula. For a month, we gave them the liberty of exploring the Internet; this was at a time when accessing it was costly. We expected them to learn and utilise our resources. In return, we asked them to submit customised projects for the small problems we faced in our ecosystem. The potential of their projects decided their future within our company.

As a result of this approach, we implemented our own open source based ERP system. There was no compromise on security as we never came across a virus attack or data loss.

I love the concept of the mailing list, especially for open source. The mailing list and its later avatar, the forum, are all about sharing knowledge. It is like a broadcast that gets you possible solutions to specific problems. Not just for software or hardware, there are virtually thousands upon thousands of mailing lists and forums for physical ailments.

At one point, I was very active on a handful of mailing lists and a silent reader on three times more. I used to help the right people connect with each other or with possible solution builders. In all such activities, the reference to the context is important, since it is serious stuff. Nobody offers handholding on these lists but there are so many willing to help that it is unbelievable. A current favourite example is Quora. Ask and you get the answers.

LUGs and open source events like Foss.In, Freed.In and Linux Asia presented opportunities to meet with other like-minded people. Getting and giving advice to others was key at these events.

This is just the beginning…

Today, we see India contributing to the world of open source. Vtiger CRM is one such example, which enables you to deliver memorable customer experiences in every interaction across the customer’s life cycle.

To emphasise on the future of open source technology, I would say what Sir Isaac Newton said in 1675: “If I have seen further, it is by standing on the shoulders of giants.” I didn’t do anything great — whatever I achieved is because there was a base available for me to start from. This again brings me to the concept of the community and the mailing list.

We should study the ideology of open source, to understand its essence. The concept of open source is very rebellious. Why get into a forced and costly relationship (I mean, with proprietary technology)? Open source allowed me to swim freely and shape my journey, which is its key trait.