HockeyApp transition to Visual Studio App Center will complete by Nov 2019. Till then, users will be able to use HockeyApp and App Center at the same time. 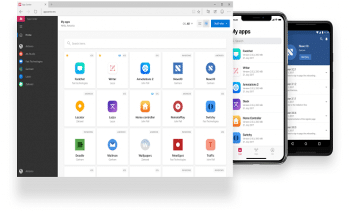 Microsoft  has announced plans to shut down HockeyApp and replace it with Visual Studio App Center. The service will officially shut down on November 16, 2019, the company said.

The company has already released its transition plan for migrating from HockeyApp to Visual Studio App Center. It has also put up a page with a feature roadmap to help the transition.

“Starting November 16, 2019, all HockeyApp customers will now use the next generation of Distribution, Crash Reporting, and Analytics services in App Center. HockeyApp will no longer be accessible,” Microsoft  said.

“We’ve built App Center with some great features so far, but this is only the beginning. We look forward to building the future of App Center together,” it added.

The company acquired the startup behind HockeyApp back in 2014. HockeyApp was a service that let app developers distribute beta versions of app, get crash reports and analytics. “The HockeyApp SDKs (Software Development Kits) are open source and will remain so. The acquisition will not affect existing HockeyApp users,” worte S. Somasegar, Microsoft’s corporate vice president of the Developer Division, in a blog in December 2014.

According to Microsoft, App Center will not only let developers continue distributing their builds to testers, dig into crash reports and view user download analytics as in HockeyApp, but they can also utilize App Center’s new Build, Test and Push services.

“Distribution, crashes and analytics are just a part of the story. We’ve built App Center with powerful new features and services that help you build better apps in record time,” the company said.

For the time being, users will be able to use HockeyApp and App Center at the same time.