The coding system could help facilitate commoditisation of ion class rechargeable batteries and could also be applied during the recycling process, says the company’s CEO 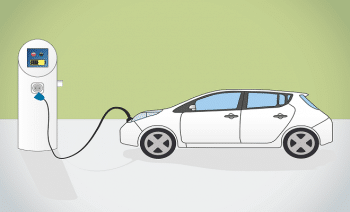 The Swiss commodities company has written a working paper on the system titled “Blackstone Resources Battery Codes” which is now freely available at blackstoneresources.ch.

This international battery code system identifies the battery metal mix, chemistry and technology used within various rechargeable batteries. When it was developed by the company, it was intended to be used internally to improve business efficiency within Blackstone Resources. However, this year the company took the decision to make the coding system open-source.

This is because the company also realises that part of the solution is to encourage and nurture technological advances in rechargeable batteries.

Blackstone Resources CEO Ulrich Ernst said, “The coding system could have important application within the battery industry. For instance, it could help facilitate the commoditisation of ion class rechargeable batteries, which may one day be available in a single form-factor and purchasable over the counter.”

Ernst elaborated, “This is similar to how standard battery nomenclature is used today in retail batteries, such as the AA and AAA lettering that comes from the American standard specification for dry cells. The other application could be during the recycling process, which may become a commercial reality in the future.”

According to the CEO, the sheer volume of ion battery usage has led to tighter scrutiny on how these batteries are deposed and renewed interest in technological advances to recycle these batteries commercially.

“Once ion battery recycling becomes a mainstream reality, BBC codes could be used to simplify and enhance the sorting process,” Ernst added.

Blackstone Resources envisions that one day all cars will run on electricity and that renewable energy will become sustainable and available in abundance. Driven by this vision, the company has built its portfolio of mining interests in battery metals. In addition, it has started a research programme on new battery technologies.