The free software movement activist said that 90 per cent of the 1,000 free applications in Google Play stores can spy, as per latest studies 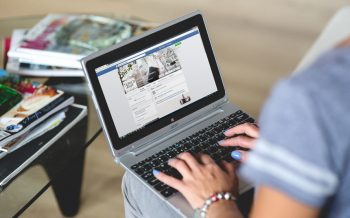 Think twice before posting anyone’s photo on Facebook, WhatsApp or Instagram. Even with a picture of the back of head, they would be able to track where you go and what you do, Stallman said.

The American free software movement activist and programmer was speaking at an event organised by International Centre for Free and Open Source Software (ICFOSS) and Society for Promotion of Alternate Computing and Employment (SPACE) in Thiruvananthapuram, Kerala. He presented a lecture titled “Education Freedom Day lecture.”

According to a Financial Express report, information technology professionals and academicians were taken by surprise when he asked them to “switch-off the geo-location feature of your smartphone, if you are taking my photos.”

Explaining his action, he then informed the participants that 90 per cent of the 1,000 free applications in Google Play stores can spy, as per latest studies.

He added that owners of the firms who spy on a user’s personal data should be jailed.

Campaigning for the use of free software

At another event on Tuesday, Stallman had asked software users to advocate user freedoms in the software so that they can outsmart the manipulations being done in software.

Stallman campaigns for software to be distributed in a manner such that its users receive the freedoms to use, study, distribute and modify that software.

SPACE is a Kerala government IT department-supported registered society, with members from IT industry, academia, professional societies like Institution of Electrical Engineers and the Computer Society of India.