The company already has community-driven efforts underway for open-source projects such as Cellery, Siddhi, a micro ESB and a micro identity server. 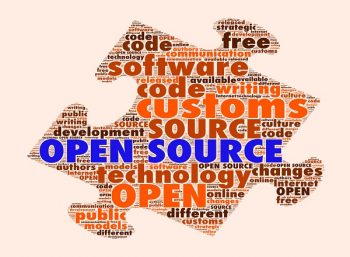 The open-source company also announced that its business is growing at an increasing rate.

“WSO2 is starting our 14th year of operations. As our technology has become accepted as the best for open source integration, our business has started to grow at an increasing rate,” Tyler Jewell, CEO of WSO2, wrote in a post.

Last year, WSO2 was the 8th largest pure open source software company. With its growth rate, WSO2 is now the 6th largest open source company and it is anticipating growing into the 5th over the next year.

In 2018, the company said, it reported a $37M Annualized Recurring Revenue and an expected 51 per cent growth year-over-year last year.

The company also added more than 100 new subscription customers. Including this new entry, today WSO2 has more than 525 customers across 65 different countries.

In 2018, the company crossed a milestone with more than 50 per cent of its product sales coming from outside North America.

The company is expecting to grow 45–65 per cent in 2019, exiting the year with more than 750 customers across 80 countries. Latin America, Africa, and APAC are anticipated to be the highest growth segments.

By the end of 2019, the company is also expecting that 65 per cent of its business will reside outside North America making WSO2 a truly international-first business.

“In 2018, most of the changes that were made to the business were driven by territory expansion, globalizing our sales organization, expanding our field quality initiatives, and revamping our partner programs to capitalize on the dramatic increase in demand that we have seen in emerging markets,” Jewell said.

In 2019, the company plans to accelerate these initiatives while introducing a significant evolution of its product and open source initiatives.

The company will also be hiring around 150 people this year to bring the number of its full-time employees close to 700 by year’s end.

WSO2’s plans for the upcoming year include:

Invest deeper into API management, IAM, and ESB: The company is planning to expand its engineering and support efforts, as well as double its capacity by the end of 2019.

Open More of our company practices: By expanding its partner network, it wants to enable outsiders to participate in WSO2’s development, delivery and sales. “We expect to grant 1000 certifications throughout 2019 and double the number of outside contributors to WSO2 projects and contributions made by WSO2 to external open source projects,” Jewell said.

Establish WSO2 as open source champions: Jewell shared that WSO2 will work on programs that will make it easier for new developers to become participants in open source, and help them run their own open source projects.