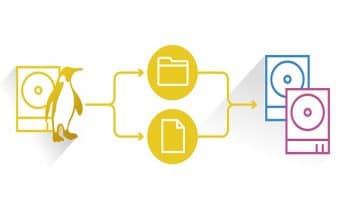 Paragon Software Group, a leading data storage expert, announced the release of Microsoft NTFS for Linux by Paragon Software, which is a unique combination of drivers for NTFS and HFS+ file systems that are accessible from a Linux environment.

The new tool is easy to install as well as uninstall. The user can simply run the install.sh and uninstall.sh scripts that will perform all the required operations to create the driver, install it, and remove and deactivate it from the platform.

The latest tool by Paragon boosts the performance of users by opening direct access to the partitions in which they had difficulties with accessing earlier from Linux. However, the rate of transfer is the similar for native Linux file systems and even better in some cases. For better file system integrity, HFS+ file system and its native journaling support can be used while transferring the files between a Linux PC and Mac.

In addition, Microsoft NTFS for Linux by Paragon Software enables the users to format any volume as HFS+ or NTFS, check the formatted volumes for integrity and fix errors.

Microsoft NTFS for Linux by Paragon Software comes up with some new features including:

A part of FSL

Microsoft NTFS for Linux by Paragon Software is a part of File System Link (FSL) driver technology of Paragon that is available for licensing to embedded system providers and original equipment manufacturers (OEMs). The FSL technology can be used to solve incompatibility issues between different file systems and operating systems.

NTFS or New Technology File System was first released with Windows N and is much more modern, reliable and stable than FAT or FAT 32. The file system was specifically designed to be used with Windows OS.