EOSIO Labs repositories, released under MIT license, are experimental. But programmers can use them as the basis for code and concepts to incorporate into their applications. 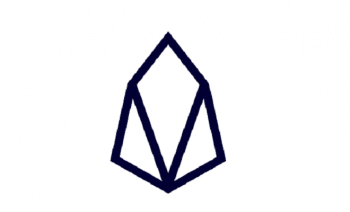 Crypto wallets are a pivotal component in the path towards mass adoption of blockchain-based software, according to  software technology firm Block.one.

Although Block.one will not release a proprietary wallet at this time, the IT firm has decided to release its work related to key management as open source software so that it can be used by existing EOSIO wallets.

By doing so, the company hopes to encourage ongoing improvements of the standards in the wallet ecosystem.

It has also announced the EOSIO Labs initiative to share its innovations and discoveries with all developers.

The blockchain development firm explained in a blog post that the Universal Authenticator Library (UAL) allows app developers to integrate with a variety of authenticator (wallets, app explorers, key managers, etc.) by coding to a single, universal API.

It also offers developers an optional, but opinionated, UI layer so that users get a consistent look and feel independent of the wallet they are using or the site they are on.

However, the developers at Block.one noted that open source repositories for projects published under EOSIO Labs should be considered as alpha and that users must have “no firm expectation of future involvement by Block.one.”

In addition, the company stated that its “continued contributions and involvement will depend on wider community adoption of such projects.”

Currently, EOSIO Labs repositories (released under MIT license) are experimental.  However, programmers can use them as the basis for code and concepts to incorporate into their applications.

Because the repositories are not supported by Block.one, the company confirmed that it will not be “providing responses to issue reports, pull requests, [and] updates to functionality.”

Since these repositories are not supported by Block.one, the company confirmed that it may not “provide responses to issue reports, pull requests, updates to functionality, or other requests from the community”.  That means the community has to take responsibility for these.