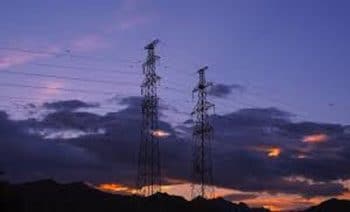 Computer scientists at Los Alamos National Laboratory have come up with a new free and open-source software that can reliably predict impacts of hurricanes, ice storms, earthquakes and other extreme events on power grids.

The Severe Contingency Solver for Electric Power Transmission is the only software available—commercially or open-source—that reliably supports analysis of extreme events that cause widespread damage, the scientists claimed.

The software can tell users where the greatest outage is expected prior to an event, according to Carleton Coffrin, the lead developer.

It determines the maximum amount of power that can be served in a severely damaged grid, subject to real-world operating requirements, such as voltage limits, line flow limits and generator capability limits.

By offering it as open-source and making it available to the public for free, Coffrin said they are hoping to help government agencies and grid operators mitigate the devastating effects of extended power outages.

Broader applications of the software expected

Currently, the Severe Contingency Solver is being used by U.S. government agencies, but it has potentially broader applications.

These new tools will further help network operators and policymakers understand and quantify how multiple critical infrastructures will respond to extreme events, the developers said.

The algorithms that comprise the software and the results it produced have been published in IEEE Transactions on Power Systems.