Home Content News Use of Open Source Software Up 68%; Find The Top OSS of... 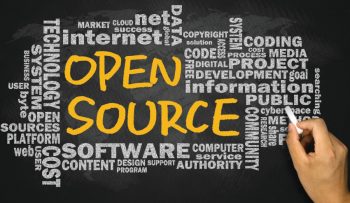 Studies show that the use of open source software (OSS) has increased by 68 percent during the last one year.

Companies attribute benefits such as access to the latest innovations, better security and the ability to customize applications, as the reasons for adopting publicly available solutions.

“One of the most evident benefits of open source software is that many are free to download and use,” says Gabriel Shaoolian, founder of SoftwareDevelopmentCompany.co.

“Companies that resort to open source software, become more agile, enjoy the freedom of tweaking programs to suit specific requirements and take advantage of the frequent upgrades performed on these publicly available solutions,” he adds.

Linux is a family of open source operating systems based on Linux kernel. It was created by Linus Thorvalds and first released on Sept. 17, 1991. Many devices, including Android, run on Linux.

Mozilla Firefox is a free open source web browser available for Windows 7 and above, Linux and MacOs operating systems. It was officially released on Nov. 9, 2004 and garnered 60 Million downloads in a few months.

FileZilla is a free FTP software, which enables you to upload files directly to the server you are on.

LibreOffice a suite of free and open source programs for word processing, creating and editing spreadsheets, slideshows and diagrams, working with databases and more. It is available on Windows, Linux (default for many distros), MacOs, Android as well as online (via LibreOffice Online).