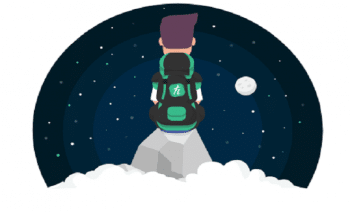 MyHbarWallet has announced the official release of MyHbarWallet.com, the first browser-based, open source wallet for hbars.

MyHbarWallet.com is the first hosted implementation of MyHbarWallet, a free, open-source, browser-based tool for interacting with the Hedera Hashgraph distributed ledger.

Out of the box users can initiate the account creation process, load existing accounts and create accounts on behalf of requestors, the MyHbarWallet team said.

“It was challenging, but exciting, to explore how to make interacting with HAPI simple. It was fun to nail down the ‘Create Account > Request > Enter Account ID’ process and get feedback from users of how intuitive it is at the end of it. Ultimately, we were motivated by the fact that we’re building something that a lot of people are going to use. That’s sort of the end-goal for any creator…to see their stuff used,” said Ryan Leckey, CTO of MyHbarWallet.

“MyHbarWallet was influenced by MyEtherWallet (MEW), the top wallet for the Ethereum blockchain. We wanted to make the experience of using Hedera familiar for those who are already active in the cryptocurrency space,”

“We are thrilled that they have leveraged the API to make it easier for developers and users to set up an hbar wallet for use with applications running on the network,” he added.

In the future, MyHbarWallet plans to offer support for hardware wallets, multi-signature accounts, Hedera’s file service, and much more.