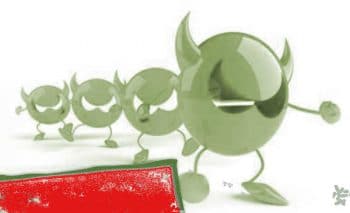 Sonatype has upgraded its Nexus Intelligence research engine with new early warning capabilities to be able to detect malicious releases of open source components, known as “counterfeit components,” and block their use within modern software factories.

The patent-pending technology can monitor millions of open source projects in real-time to identify abnormal development behaviour and suspicious patterns as new component versions are released.

In the past two years, the company has found more than 20 instances of adversaries publishing malicious components into public open source and container repositories.

This will enable developers to automate and scale dependency management with ease.

New versions of open source components are being released every day at an overwhelming pace.

According to Sonatype, approximately 20,000 component updates are made per day, making it impossible for most teams to manually manage dependencies.

In addition, open source project code impacted by the malicious injections have been difficult to detect because they look very similar to regular open source code contributions.

Sonatype claims its next generation Nexus Intelligence will automate this otherwise painful process and help developers update to the best and newest versions of component releases.

“While stopping malicious attacks is critical, what people don’t always recognize as just as important, is the inherent risk associated with each update to a new version of a component. Or, the risk of not updating,” said Fox.

“Whether you’re concerned about malicious attacks or the quality of the release you’re updating to, we’re working on providing a proactive level of risk protection that is unparalleled. Every other open source security vendor can only provide reactive assistance,” he added.

The first iteration of Sonatype’s new Nexus Intelligence capabilities will focus on understanding the commit behaviours and patterns of npm components and creators. The company plans expanding to additional languages over time.