Home Audience Developers DevOps is the Future of Software Development 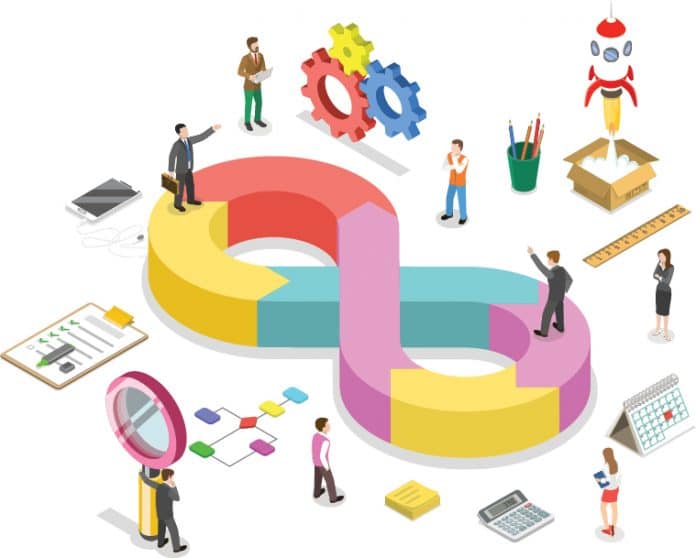 DevOps can help overcome the drawbacks of the agile software development life cycle. In the agile method, to develop software, every stage of the life cycle needs to be completed prior to the final release and that could take a lot of time for the software to reach maturity. In the case of DevOps, instead of delivering the whole software, small chunks of code are updated, and the updated software is released to the operations team continuously, which speeds up the software development cycle. The DevOps life cycle can be automated using various development tools and requires less manual activity. The DevOps concept first originated in 2008 during a discussion between Patrick Debois and Andrew Clay Shafer. However, the idea only started to spread in 2009 with the advent of the first DevOps Days event held in Belgium. Now, most tech giants like Facebook, Google, Amazon, Netflix, etc, have adopted the DevOps culture.

The DevOps life cycle consists of eight stages – plan, code, build, test, release, deploy, operate and monitor. There are various free and open source software (FOSS) tools that can be used to improve and automate the DevOps life cycle.

The eight stages of DevOps are explained below.

With DevOps, the development team communicates with the operations team and does not deal with the customers. In DevOps, only small chunks of code are continuously coded and tested, which prevents any bottlenecks or delays in delivering the code. DevOps provides continuous delivery and integration of the code. This is why it is better than agile software development.