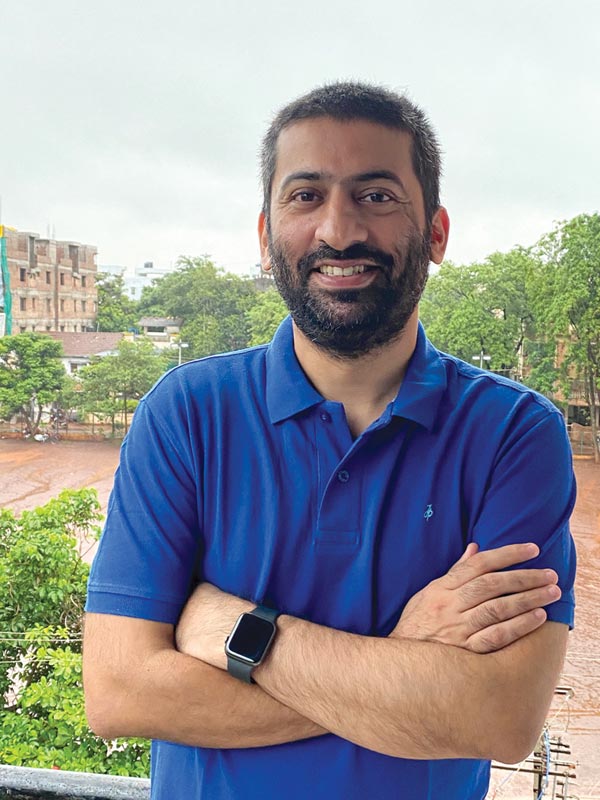 Swapneel Patnekar is the founder and CEO of Belgaum based Shreshta IT Technologies. A FOSS enthusiast, he organises various workshops to encourage and promote the use of FOSS, including the Belgaum Open Source Meetup. He also conducts hands-on workshops on various open source technologies such as Python programming and the art of the command line (Linux), as well as on building projects using the RaspberryPi, at various colleges across Karnataka and Goa. He is a speaker at various open source conferences and meetups.

In a conversation with Sreejani Bhattacharyya of OSFY, he talks about his open source journey, the challenges he encountered, and the status of the open source ecosystem in India.

Swapneel Patnekar was fortunate enough to get a dial-up Internet connection at home during the late nineties. It gave him exposure to alternative operating system software, and system software in general. He says that like most people, the gateway to FOSS for him began with the operating system. Red Hat Linux was what he managed to install, and it kind of stuck.

Swapneel adds, “A slow dial-up Internet connection meant having to rely on CDs, which came along with Chip and Digit magazines. Both the publications had forums, and I was a lurker on both. The other catalyst was FOSS.IN. I have fond memories of a few that I could attend. Today, I use Debian and CentOS, as well as FreeBSD and OpenBSD, with Emacs being the primary operating system.”

The goal has been to promote and implement FOSS
When asked what got him interested in open source, he says, “The answer is: operating system software. I guess the frustration and pain of dealing with the Blue Screen of Death (BSOD) was too much.” The ability to have complete control over the operating system was something that definitely resonated with him. Things like ‘pipes’ as a concept was mind blowing. And it still is, he says.

Swapneel adds, “I had an interest in networking and had been studying for the Cisco CCNA certification (never took the exam but I still configure Cisco gear till this date). So the benefit of using commands to get things done was already known. With GNU/Linux, the ability to configure file servers using Samba, firewalls using iptables, and DNS server using BIND, tilted my interest towards the operating system, and FOSS in general.”

Swapneel has been implementing DNS and DNSSEC using ISC BIND, Unbound, and NSD from NLnet Labs, as well as PowerDNS dnsdist and recursor for quite some time now. These excellent open source software have been powering core Internet infrastructure such as root servers since the very beginning.

He adds, “We build and secure networks of MSMEs primarily in Tier-2 and Tier-3 cities. We also set up and manage firewalls, storage systems and VPNs using FOSS. For network operators (ISPs), we set up and manage critical Internet infrastructure such as DNS, along with monitoring solutions and managing security, etc. Even in this space, the goal has been to promote and implement FOSS. On the vendor front, the network operator space is dominated by super large players–mostly closed source and expensive options. Take, for example, a route server. One can install OpenBGPD or BIRD, which allows ordinary machines to be used as routers for exchanging routes instead of buying proprietary appliances. This is a viable and economical option. On the threat intelligence front, we are also a partner of Spamhaus Technology in India.”

The thought behind the Belgaum Open Source Meetup group
But it has not just been a rosy journey. There have been roadblocks as well. As Belgaum lacks an IT ecosystem, the most challenging element was not getting an opportunity to participate in or present at meetups. “It’s not always feasible to make a trip to Bengaluru to attend a meetup and then return,” says Swapneel. So he initiated a meetup group in his city, and began visiting colleges frequently for conducting workshops, etc. In the current situation though, the world has become smaller and he has had the opportunity to not only attend but also present at some of the virtual events.

“Belgaum lacks an IT ecosystem. To compensate for this, in my individual capacity, the original thinking was to run regular meetups; so I started the Belgaum Open Source Meetup group and have been running it since. But with COVID-19, I have been experimenting with doing webinars, which certainly reach a broader audience but have other challenges such as webinar fatigue, etc,” adds Swapneel.

Words of wisdom
Swapneel has some advice for youngsters starting out in this domain, as these are different times in comparison to when he started, when Internet speeds were abysmally low. He says, “Today, there is a massive information overload. So, the simplest advice to everyone is to ‘focus’. The other suggestion is perhaps to think in terms of ‘why’ rather than just ‘how’ to use a specific tool.”

He feels that from a technical point of view, the Indian open source ecosystem has definitely grown, and there is a definite increase in participation in events by the student community, which is great to see.

Adoption of FOSS in the MSME sector is nascent
Swapneel adds, “Having said that, I would like to point out that the adoption of FOSS in enterprises, especially in Tier-2 and Tier-3 cities, is still very nascent. Take an example of an ERP software; organisations typically are largely unaware (this has been my experience in areas that we serve) of excellent options such as ERPNext. In most cases, they reinvent the wheel by tying up with a local software vendor (closed source, mind you) and get permanently locked in. There is a void in this space and it’s merely a matter of outreach. And in most cases that I know, it’s the ERP software that hinders organisations from the shift to GNU/Linux OS.”

He feels that the adoption of FOSS in the MSME sector certainly needs considerable work. One of the ways to bridge that gap is to educate and promote FOSS at the last mile (in the MSME sector) by organising events in Tier-2 and Tier-3 cities.