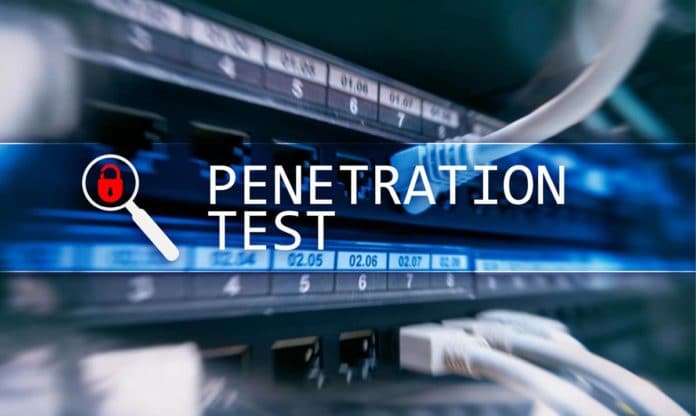 A penetration test is basically a simulated cyber attack against the system in order to check it for vulnerabilities. It is also called ‘ethical hacking’ or ‘white cat hacking’. Pen tests are essential to assess the current security of an IT system. They provide valuable information about security risks and vulnerabilities, and their potential impact on the system’s functioning and performance.

The cyber threat landscape is changing on a daily basis. Even as one threat is discovered, many unknown ones are waiting in the wings. However, business and corporations can today defend themselves through pen testing. A pen test includes a set of procedures used to discover any unknown weaknesses in the network infrastructure of a business.
Pen testing was first thought of in the 1960s. In 1971, the US Air Force ordered security testing of its time shared computer systems. As hacking became more advanced, so did penetration testing.

After the WannaCry ransomware attack in May 2017, the concept of pen testing slowly started catching the attention of cyber security personnel. That attack locked more than 200,000 computers around the world, and demanded ransom payments through Bitcoin cryptocurrency. It affected many big organisations across the globe.

Why pen testing?
Pen testing can prove critical in the prevention of cyber attacks. Over 69 per cent of the organisations based in the US do not think their anti-virus protection or firewalls can effectively protect them from cyber attacks. And in 2017, a cyber attack was recorded every 40 seconds in the world, which resulted in total losses of US$ 5 billion, an astonishing increase from the US$ 325 million loss in 2015.

Penetration testing is mainly required for:

According to Hacken, the average cost of a penetration test can vary from US$ 4,000 to US$ 100,000. By using various methodologies to prevent advanced attacks, pen testing can identify SQL injections, cross-site scripting, low frequency interface (LFI), radio frequency interface (RFI) and other defects in the organisation’s Web applications and infrastructure.

Companies that carry out penetration testing
Automated tools can be used to identify some standard threats present in an application. Pen test tools can scan code to check if there is a malicious code present that can lead to potential security threats.

Science Soft is a recognised IT consulting and software development pioneer in cyber security services. The company has more than 16 years of experience in conducting black box, white box and grey box penetration testing of all the IT infrastructure components.

Types of pen testing
Social engineering test: This test is done to protect personal sensitive information like passwords, business critical data, etc. This is done for phone, Internet or helpdesk processes. Sensitive information may be leaked in email or phone communications. Cyber hackers may take the benefit of this. Security audits can be conducted to identify and correct such process defects.

Network services test: This is concerned with testing services offered by a network.
Client side test: This tests client side servers, computers, laptops, and various other devices.
Remote dial-up test: This searches for modems in the environment, and tries to log into the systems connected through these modems by password guessing or brute-forcing.

Black box penetration testing: In this methodology, the tester assesses the target system, network or process without the knowledge of its details. No code is examined in this method.
White box penetration testing: In this approach, the tester is equipped with complete details about the target environment — systems, network, OS, IP address, source code, schemes, etc. It examines the code and finds out design and development errors. It is a simulation of an internal security attack.

Grey box penetration testing: Here, the tester has limited details about the target environment. It is a simulation of external security attacks.

Tools used in pen testing
Given below are the top tools used by pen testing teams worldwide.
The Network Mapper (also known as NMAP): This free tool is used mainly for discovering any kind of weakness or holes in the network environment of a system. Here, you can create a virtual map of the network segment, and then detect major areas of weaknesses that cyber attackers can penetrate through without any difficulty. It comes in both command and GUI formats.

Metasploit: This is a package of different pen testing tools. It is powered by the Perl platform and comes with built-in customisable exploits that can be used to execute any kind of pen test.

Wireshark: This tool can analyse actual network protocols and data packets. You can detect any weakness in the network in real-time. Here, live information and data can be collected from Bluetooth, Token ring, Kerberos, WEP, any Ethernet based connections, etc.

John The Ripper (JTR): One of the biggest cyber security threats is the inherent weakness of the traditional password. JTR is mainly used to provide database security. It can be used to pen test password databases that are in online and offline mode.

Kali Linux: This advanced pen testing software is available only on Linux machines. Many experts believe that this is the best tool for both injection and password sniffing. Kali is optimised every way for a penetration tester. Open testers commonly use Kali virtual machines on OSX or Windows.

Hashcat: This is the world’s fastest and most advanced password recovery utility tool. It detects many kinds of password-guessing based brute force attacks, including dictionary and mask attacks.

Forty-nine years after ‘creeper system’, a computer based self-replicating virus was created, the cyber security world is yet to win the cyber war. According to Cyber Risk Analytics, the first half of 2019 saw more than 3,800 publicly disclosed breaches with more than 4.1 billion records exposed.

A software exporter has hired a forensic firm to investigate cyber attacks on its network. It is in the process of building a new private email network because the intruders were believed to have compromised its corporate email system. Wipro says it investigates over 4.5 million security alerts a year, and puts employees through cyber security training courses.

Cyber security systems today won’t be the same as a few weeks from now. This is especially true for organisations that maintain and develop software. As the threat landscape changes, it is important for organisations to regularly conduct penetration testing on their critical assets. Pen testers can be called cyber heroes, as they go about their job of trying to achieve complete cyber security.