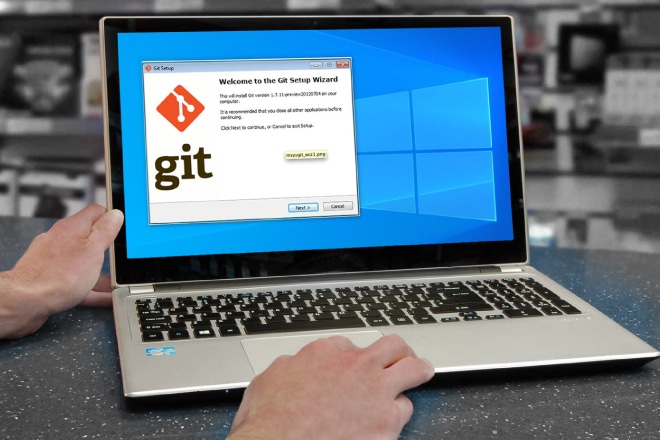 This article is a beginner-friendly guide to Git and can be used as a starting point. It introduces newbies to Git concepts, its terminologies, and a few basic operations with concise examples. After referring to this guide, users will be able to use Git confidently in their projects.

Git is a distributed version control system. It is used for tracking changes in source code during the software development process. It was initially designed and developed by Linus Torvalds for Linux kernel development. It is free software distributed under the terms of the GPLv2 license. It mainly focuses on speed, data integrity, distributed development, and non-linear workflows.

A few salient features of Git are:

Basic terminology
This section discusses the terminology and operations of Git.

Working tree: This is a directory on the local file system where the source code resides.

Commit: This is a Git object that represents the change set within the repository. A unique SHA-1 hash is assigned to each commit.

Clone: This is a Git operation that downloads the entire remote repository to the local file system.

Pull: This syncs the local repository with the remote repository by downloading new files.

Push: This Git operation uploads files (one or more commits) from a local repository to the remote repository.

Installation and configuration
Git is free and open source software. One can download and use it without any restrictions. Follow the steps given below to install Git on a Windows server:
1. Go to https://gitforwindows.org/ and download the latest version of Git.
2. Double click on the installer and follow on-screen instructions.
3. Don’t forget to select the ‘Windows Explorer Integration’ option during setup. Please refer to Figure 1.
4. Go to the Start menu and launch ‘Git Bash’. You should see a command prompt, as shown in Figure 2.

We have successfully installed Git on a Windows machine. Let us configure it using CLI. Configure the user name and email by executing the commands given below in a terminal:

Now, execute the command given below to validate the configuration:

Here, we can see the user name and email address, which we configured earlier. Congrats! You have successfully configured Git on your machine.

Basic Git workflow
Most of the times, you will be using the existing repository hosted in your organisation’s network. Hence, we will use a public repository for demonstration. We will walk through the basic Git workflow. As part of this workflow, we will perform the following steps in the order they are listed:

Download source code
Clone is a Git operation that downloads the remote repository to the local file system. For our demonstration, we will use the Redis repository hosted on GitHub. This repository is publicly accessible. To clone this repository, execute the command given below in the terminal:

In the above command, the clone is Git’s sub-command, and the next argument is the unique URL of the repository. After successful completion, you should see an output similar to this:

Execute the ls command as follows to verify the download of the repository:

This command should generate the following output:

To list all commits from the repository, execute the command:

This command will show details of the commit. The output will appear in the UNIX pager (e.g., less). One can use the up and down arrow keys to scroll through the commits. Press q to quit the pager.

This command should generate the following output:

In the above command, the first column is a unique SHA-1 hash of the commit. This value is generated and assigned to each commit automatically. In Git terminology, it is called a commit id. The second column is the commit message, which was provided by the user. We can use the commit id to check commit contents. For example, the command given below shows the contents of the ‘57b8e0069’ commit:

This command will show details of commit like SHA-1 hash, the author’s name and e-mail, date and time, commit message, and the actual code changes made. One can use the up and down arrow keys to scroll through the commit and q to quit the UNIX pager.
To see files belonging to the particular commit, use the –name-only option as follows:

The above output shows that the src/sentinel.c file belongs to the 57b8e0069’ commit id.

This command will not generate any output, as the repository status is clean.
Let us add, remove, and edit a file from the repository, and verify the status:

Now the repository status has been changed. The status command will show the following output:

To verify the changes made in the repository, execute the git diff command as follows:

The above command will generate the following output:

If you see carefully, there is the letter ‘A’ before the sample-file.txt file, which indicates that it’s a new file in the repository and part of the current changeset. Now, let us create a commit:

Let us verify the commit using the log command as follows:

Wonderful! Our commit appears in the repository. Also, a unique SHA-1 hash is generated and assigned to it.

However, our changes are still present on the local file system. To send this commit to the remote repository, execute a push command as follows:

Note: Connectivity to the remote Git server is needed to perform this operation.