Omnia is a set of Ansible playbooks, or blueprints of automation tasks that can be performed by software without human intervention 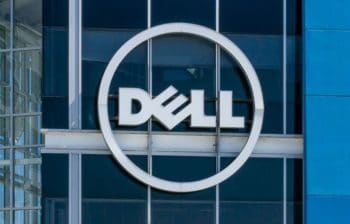 Dell Technologies has announced that its new open-source software for managing high-performance computing (HPC) and artificial intelligence workloads, Omnia, has been made available. Although an official announcement, Omnia has been available on GitHub since the beginning of this year.

The Omnia software stack has been developed by Dell HPC in partnership with Intel Corp. and Arizona State University as a way for customers to manage the convergence of high-performance computing, artificial intelligence and data analytics workloads more easily.

Omnia is a set of Ansible playbooks, or blueprints of automation tasks that can be performed by software without human intervention.

Omnia works by automatically imprinting a software solution onto each server that has been assigned to the workload in question. Dell said that this helps reduce time to deployment from days to just minutes for a wide range of converged workloads, such as HPC simulations, neural networks for AI or in-memory graphics processing for data analytics.

Omnia can deploy clusters to servers that already have an RPM-based Linux OS running on them, and are all connected to the Internet. Once servers have functioning OS and networking, users can use Omnia to install and start Slurm and/or Kubernetes.

“Of course, because it’s open source, it can be shaped to whatever your needs are,” Gordon said. “We’ll continue to integrate the latest open source tools, but we also, even more importantly, have the collective power of the HPC community already working behind this.”

Arizona State University is among the first to deploy Omnia and begin contributing to its development, according to Gordon.

Dell said it is also increasing its support to VMware virtualization environments by expanding its HPC on Demand services and Dell EMC PowerEdge server line.

Dell’s HPC on Demand service provides customers with cloud-based access to its PowerEdge R server systems on a pay-as-you-go basis, so they can pay only for what they use.

With support for VMware Cloud Foundation, VMware Cloud Director, and VMware vRealize Operations, customers can now extend these capabilities beyond single-tenant environments to include multi-tenant use cases.

Dell also announced that it has added Nvidia A30 and Nvidia A10 Tensor Core graphics processing units as options for its PowerEdge R750, R750xa and R7525 servers.

The Nvidia A30GPUs are designed to handle data-intensive AI inference tasks and mainstream enterprise compute workloads. Meanwhile, the Nvidia A10 GPUs are targeted at mixed AI and graphics workloads. Both options are available starting today.