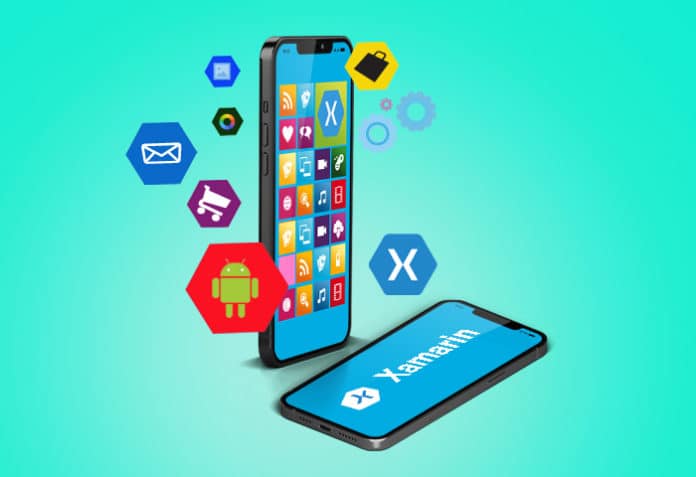 Xamarin is a popular choice these days for mobile application development. It provides the key advantages of platform independence, code reusability, easy testing and maintainability. This article discusses how to install and develop a mobile application using the Xamarin platform.

Xamarin is a cross-platform mobile app, the development of which started in 2011. It was acquired by Microsoft in 2016. Xamarin allows developers to rapidly create cross-platform user interfaces. This framework is based on .NET architecture and is used for building iOS, Android and Windows apps. The working architecture of Xamarin is based on a single, shared codebase system, which has access to all the features of the native software development kit (SDK).

When should you consider using the Xamarin platform?
Xamarin is a very powerful mobile application development platform with a comprehensive set of features such as enriched collections of class library files, easy testing, and robust compile-time checking. It is easy to use and has few runtime errors. The following are use cases of mobile applications where Xamarin is the best choice.

To begin installation, download the dump file of Xamarin and Visual Studio 2019 software.

During the installation process, select the mobile development with .NET workload as depicted in Figure 1. This is used to build a cross-platform application for iOS, Android, or Windows using Xamarin.

The installation process can be monitored using progress bars, as shown in Figure 2.

After successful configuration of the project name, the Xamarin.form home page will open, as shown in Figure 4. This will be used to start the process of building your mobile application.

Creating the content page: In Xamarin, the content page is the most commonly used page. This is used to set the application’s label and layout properties. The source code for a content page can be written in the MainActivity.cs file. This file is available under the open solution explorer menu. The screenshot for the same is shown in Figure 5.

In the last decade, Xamarin has emerged as the most preferred mobile app development framework. This is because it provides a platform to quickly build the mobile application with cost-effectiveness. Its popular features are integrated testing, easy maintenance and a fast development cycle.

However, the Xamarin platform may not be a good choice for developing highly complex user interfaces and system dependency applications.