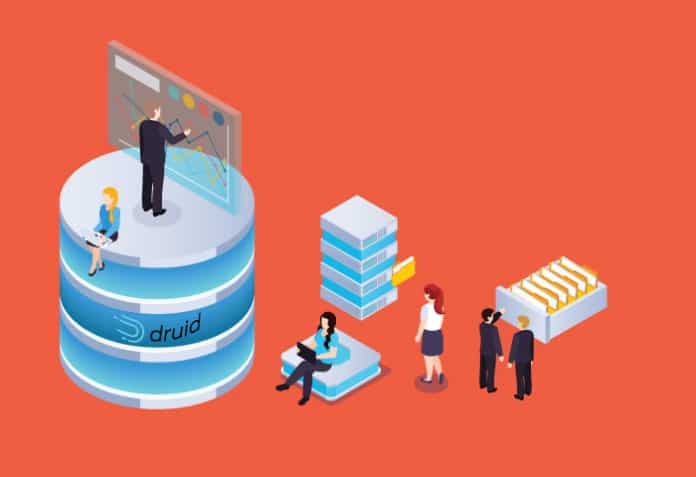 We generate humongous amounts of data these days, and therefore need specific techniques to store and handle it. Apache Druid is a powerful and modern analytics database that is really fast and allows users to conduct real-time data analyses. Designed specifically for processing real-time event-driven data, it is a strong platform that combines the capability of time-series databases, column-oriented analytics databases and search systems.

In today’s world, data is the lifeblood of any software product. Every time we engage with a digital system, we generate data. The amount of data available has grown to the point where specialist tools are required to make sense of it. Real-time analytics allows for the extraction of insights from large amounts of data. To undertake this type of analysis, we need custom-built tools that can store and process data in real time, allowing us to make real-time inferences.

Apache Druid is not simply a traditional data warehouse but is tailor-made to handle real-time analytics of event-driven data. Druid is used to power the graphical user interface (GUI) of analytics applications.

It serves as the backend for providing the data manipulation for powering highly concurrent queries. Druid can be thought of as a combination of three major things (Figure 1):

Druid has applications across various domains. Almost all domains generate massive scales of data and Druid can be effectively deployed to analyse these. Some of the applications of Druid are (Figure 2):

The above is merely a sample list. Druid can be used in any scenario with identical criteria.

Powered by Druid
The power of Druid can be understood by looking at the long list of industry majors who use it. The complete list is available on the official website at https://druid.apache.org/druid-powered. Due to space constraints this article lists only a few of the major implementations.

Ingestion
The term ingestion has been used a few times in this article. Before the actual installation of Druid, let’s understand what ingestion is and what its types are.

Druid organises data in the form of segments. Each of these segments is a data file. These files carry a few million rows. Loading of data in Druid is termed ingestion, and consists of the following:

Ingestion can be carried out in two ways:

Each of these ingestion systems has support for its own sources from which it pulls the data. Streaming ingestion is recommended and popular. It reads data directly from Kafka. The Kinesis indexing service is also used.

In the case of batch indexing, there are three options:

To understand Druid better, it is important to have an idea about its design and components. With a primarily multi-process and distributed architecture, Druid is cloud-friendly in its design.

Druid processes and servers
There are many types of processes as listed below.

The architecture diagram of Druid (from the official documentation) illustrates the components and their interaction (Figure 4).

The basic requirements for installing Druid on your computer are as follows:

If your system satisfies the above requirements, download version 0.21.1 from https://www.apache.org/dyn/closer.cgi?path=/druid/0.21.1/apache-druid-0.21.1-bin.tar.gz. Then extract it from the terminal and navigate to the directory:

Druid can be started with the micro-quickstart configuration using the following command:

This command launches instances of ZooKeeper and Druid services:

Once the services are started, the Druid console can be opened by navigating to http://localhost:8888. You will find the output as shown in Figure 5.

Then data can be loaded from the Load Data -> Local Disk option, as shown in Figure 6. The example data from the tutorial folder can be chosen.

The following steps can be carried out:

Each step is explained with an illustrative screenshot in the official documentation at https://druid.apache.org/docs/latest/tutorials/index.html.

Querying of the data can be carried out with the following steps:

If you are working on a project that involves time series data and a large number of events, Druid is a great way to improve the performance of your app.

- Advertisement -
Previous articleFoundational Cloud Services Will Enable the Digital-First Strategies of the Future Enterprise: IDC
Next articleSalesforce Brings Out Merlion