The Basics of Building a Blockchain Mobile App 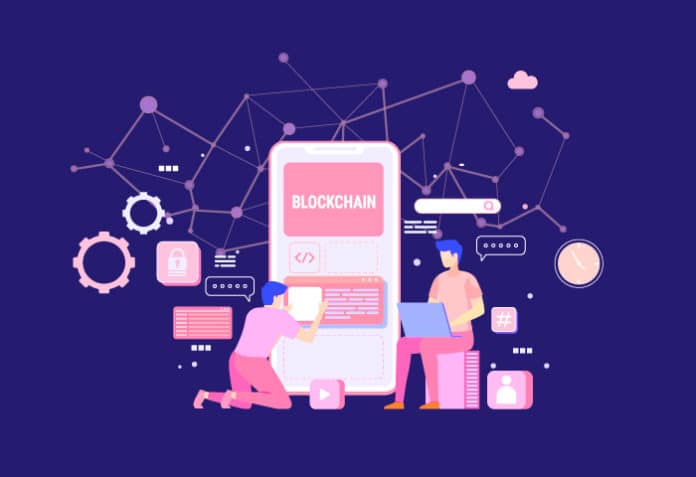 The first instances of blockchain based apps that swept the world were cryptocurrency solutions like Bitcoin, which allowed anyone to join a decentralised blockchain network and provide a cross-verification based network for secure transactions.

For more than a decade, blockchain based apps have reigned supreme. More than 70 million people use blockchain based wallets around the world. According to Grand View Research, the global market for blockchain technology was valued at US$ 3.67 billion in 2020 and is expected to grow at an annual rate of 82.4 per cent until 2028. As a result, the future of blockchain mobile apps is bright.

As we all know, the main benefit of blockchain technology is that it ensures maximum data transparency and security, helping businesses and organisations save a significant amount of money on standard security methods.

The following are some useful blockchain apps.

Filament: This is an excellent example of a blockchain based IoT app that uses blockchain data ledger systems to manage data processed by software and microchip hardware. Several linked devices can communicate information over the blockchain and keep in sync with the help of the app.

KYC-chain: For many firms, completing Know Your Customer (KYC) documentation is a must. This simple and effective blockchain based program streamlines the entire process of handling client documentation across administrative and criminal databases in many nations.

BurstIQ: BurstIQ is healthcare software that uses Big Data and blockchain technology to allow patients and doctors to share and collaborate on vital medical information.

Multichain: With this powerful platform, developers can create and deploy private blockchains that can be used by a variety of businesses.

Hyperledger: This distributed ledger technology is used to govern the connected ecosystem of things and supply chains. This advanced blockchain platform has received a lot of acclaim.

Blockchain platforms come in a variety of shapes and sizes. Confusion arises in determining which platform is better and suited to one’s application needs. The answer depends on the use cases and capabilities sought.

Choosing the most appropriate platform: The key to your project’s success lies in determining the platform’s character. Platforms based on cryptocurrencies as well as those based on smart contracts are available.

1. Identify the problem that the blockchain is required to solve: First, conduct a thorough examination of the problem statement and write a comprehensive report on it. Also consider whether you need to design an app from the ground up or if you can just integrate the blockchain into an existing app.

4. Create a blueprint of the idea: Try to develop the proof of concept that will put the entire app concept into a visual structure.

We’ve covered the basics of blockchain in this essay — its main characteristics, as well as several development platforms and stages for developing blockchain applications. If you find the subject interesting, you can delve deeper into it. There are a variety of resources available on the Internet.