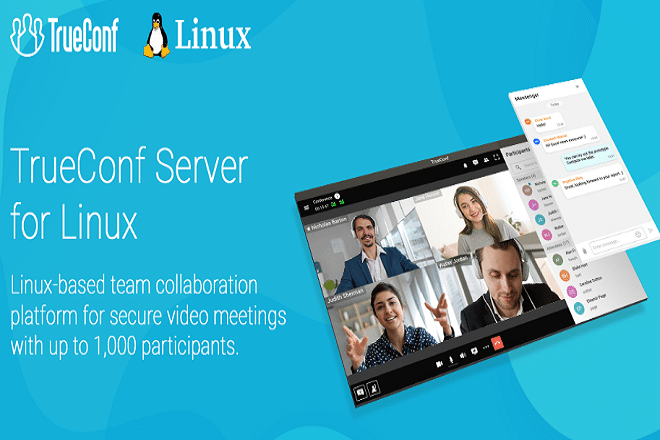 TrueConf has announced the official release of TrueConf Server for Linux. This all-in-one UC platform will enable organisations with Linux-based infrastructure to deploy highly secure video conferencing networks using the ecosystem of TrueConf software and hardware solutions. The Linux version of TrueConf Server ensures the same security, quality, and feature set as its counterpart for Windows. Users can run unlimited UltraHD events with up to 1,000 participants at a time, from any location and device.

TrueConf Server for Linux is currently available on Debian 9/10 and CentOS 7/8, with more operating systems in the pipeline. It complements a wide range of already supported distributives for TrueConf for Linux client apps, such as Ubuntu, Fedora, Mint, Arch, and many others.

Dmitry Odintsov, CEO at TrueConf added, “We’re glad to release TrueConf Server for Linux that is going to raise the bar for intra-corporate communication security. Thanks to Linux support, our customers can significantly reduce the cost of designing and maintaining IT infrastructures as they no longer need to purchase server licenses and Microsoft CALs for users and devices on the company network. And their staff members can enrich remote teamwork with cutting-edge collaborative capabilities of TrueConf video meeting solution.”

TrueConf on-premises video conferencing system operates reliably both offline in LAN/VPN networks and over the Internet. It said that engaging meeting experience is empowered by a wide range of collaboration features like screen sharing, recording, team messaging, slideshow, remote desktop control, and many others.

It added, “Extended interoperability of TrueConf Server will facilitate integration of video communication technologies into corporate IT infrastructures built on both Microsoft and Linux operating systems. By combining security-specific Linux components with TrueConf privacy protection capabilities, both SMBs and enterprise-grade entities can now deploy a reliable video conferencing network that meets the most stringent security standards.”