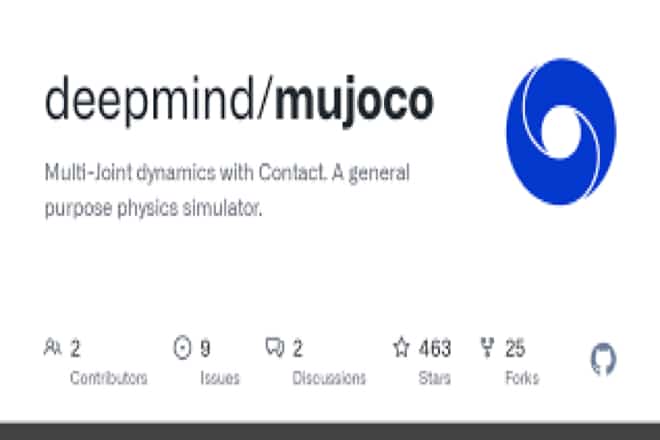 DeepMind, the AI lab owned by Alphabet announced that it has acquired and released the MuJoCo simulator, making it freely available to researchers as a precompiled library. Already widely used within the robotics community, including as the physics simulator of choice for DeepMind’s robotics team, MuJoCo features a rich contact model, powerful scene description language, and a well-designed API.

DeepMind said they are currently making preparations to open source the codebase. In the meantime, MuJoCo is available for download as a free and unrestricted precompiled binary under the Apache 2.0 license from mujoco.org.

“Our robotics team has been using MuJoCo as a simulation platform for various projects … MuJoCo closely adheres to the equations that govern our world. We’re committed to developing and maintaining MuJoCo as a free, open-source, community-driven project with best-in-class capabilities. We’re currently hard at work preparing MuJoCo for full open sourcing,” reads an article in the company blog.

MuJoCo, which stands for Multi-Joint Dynamics with Contact, hits a sweet spot with its contact model, which accurately and efficiently captures the salient features of contacting objects. Like other rigid-body simulators, it avoids the fine details of deformations at the contact site, and often runs much faster than real time. Unlike other simulators, MuJoCo resolves contact forces using the convex Gauss Principle. Convexity ensures unique solutions and well-defined inverse dynamics. The model is also flexible, providing multiple parameters which can be tuned to approximate a wide range of contact phenomena.

MuJoCo is a C/C++ library with a C API, intended for researchers and developers. The runtime simulation module is tuned to maximise performance and operates on low-level data structures which are preallocated by the built-in XML parser and compiler. The user defines models in the native MJCF scene description language — an XML file format designed to be as human readable and editable as possible. URDF model files can also be loaded. The library includes interactive visualisation with a native GUI, rendered in OpenGL. MuJoCo further exposes a large number of utility functions for computing physics-related quantities, not necessarily in a simulation loop.

MuJoCo 2.1 has been released as unlocked binaries, available at the project’s original website and on GitHub along with updated documentation.