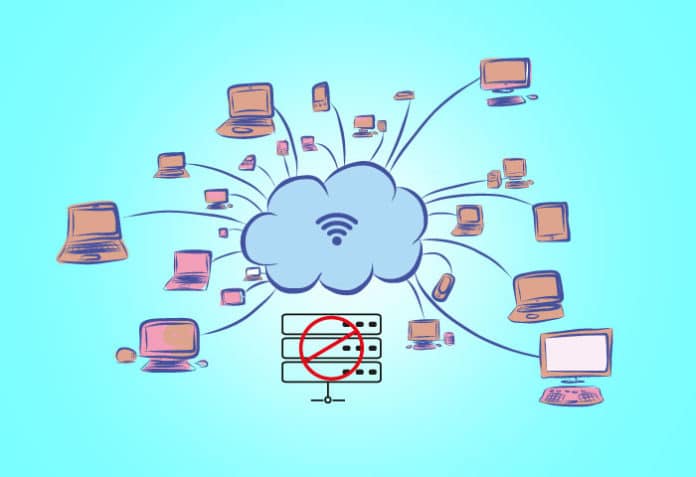 Until recently, almost every product manager organised his or her engineering resources into two separate teams — the development team and the operations team. The development team is usually involved in coding, testing and building the application functionality, whereas the operations team takes the responsibility of delivery, deployment, and operational maintenance of the application.

When a development team builds an e-commerce application, the operations team sets up the server to host that application. Setting up a server involves several aspects, which include:

Besides this, managers also break their heads on capacity planning. After all, any non-trivial application is expected to be 100 per cent available, reliable and scalable all the time. This requires optimal investment in the hardware. As we all know, shortage of hardware at crucial periods results in business loss, and on the other hand, redundant hardware hurts the bottomline. Capacity planning is crucial, irrespective of whether the application is targeted for the on-premises data centre or for cloud infrastructure.
By now, it is clear that businesses spend a lot of time not only in building the functionality but also in delivering it.

Serverless computing aims at offering a seamless way to deliver the functionality without worrying about the server setup and maintenance. In other words, a serverless computing platform offers a ready-to-use environment in such a way that the businesses build and deploy the applications as a set of smaller functions as quickly as possible. That is why this approach is referred to as Function as a Service (FaaS).

Remember that there is still a server in serverless computing, but it is taken care of by the FaaS vendors like AWS, Microsoft, and Google.

For example, AWS offers a serverless computing environment in the name of Lambda functions. Developers can choose to build the applications as a set of Lambda functions that can be written in NodeJS, Java, Python, and a few other languages. AWS offers a ready-to-use environment to deploy these functions. It also offers ready-to-use database servers, file servers, application gateways, authentication servers, etc.

Similarly, Microsoft Azure offers an environment to build and deploy Azure functions in languages like C#.

Why serverless?
There are two main factors driving the popularity of serverless computing.

Ready-to-use environment: Obviously, this is the topmost selling point in favour of serverless computing. Businesses need not procure/book hardware or instances in advance, or worry about licences and setting up and provisioning the server. And they need not bother about scaling up and down. All of this is taken care of by the FaaS vendor.
Optimal cost: Since FaaS vendors always charge the clients based on the utilisation of the environment (pay as you use model), businesses need not worry about upfront costs and wastage of resources. For example, AWS charges the clients based on the number of requests a Lambda function receives, number of queries run on a table, etc.

Vendor locking: The first and most important problem associated with serverless computing is that functions like Lambda or Azure are to be written using vendor-supplied APIs. For example, the functions that are written using an AWS Lambda API cannot be deployed into Google Cloud and vice versa. Hence, serverless computing forces businesses to commit to a vendor, for years. The success or failure of the application depends not only on the functionality but also on the ability of the vendor with respect to performance, etc.

Optimal cost, really?: It all depends on the usage of the resources. If your application is attracting a huge load, like millions of requests per second, the bill that you foot might be exorbitant. At such a scale, having your own server on-premises or on the cloud might work cheaper. It doesn’t mean that applications with Web-scale are not suitable for serverless computing. It all boils down to the way you architect around the platform and the deal you sign with the vendor.

Ecosystem: No application is written for an isolated environment. It requires other components like data stores, databases, security engines, gateways, messaging servers, queues, cache, etc. Every platform offers its own set of such tools. For instance, AWS offers Dynamo DB as one of the NoSQL solutions. Obviously, other vendors offer their own NoSQL solutions. The teams are thus forced to architect the applications based on the chosen platform. Though most of the commercial FaaS vendors offer one or another component for a particular requirement, not every component may be best-in-class.

What about containers?
Many of us migrated to containerised deployment models in the last decade, since they offer a lightweight alternative to the costly machines, physical or virtual. With orchestration tools like Kubernetes, we love to deploy containerised applications and meet Web-scale requirements. Containers offer a certain degree of isolation from the underlying environment, which makes deployment relatively easy. However, we still need investments in hardware (on-premises or cloud), licences, networking, provisioning, etc, which demands forward planning, applicable technical skills, and careful monitoring. Serverless computing frees us even from these responsibilities, albeit with its own set of pros and cons.

Road ahead
We are in the days of continuous development, continuous integration, and continuous deployment. Every business is facing competition. Time to market (TTM) plays a significant role in gaining and retaining customers. In this backdrop, businesses love to spend more time churning out the functionality as quickly as possible rather than struggling with the nitty-gritty of deployment and maintenance. Serverless computing has the potential to meet these demands. Big players are committing huge investments to make FaaS as seamless and as affordable as possible. The future looks bright for serverless computing.