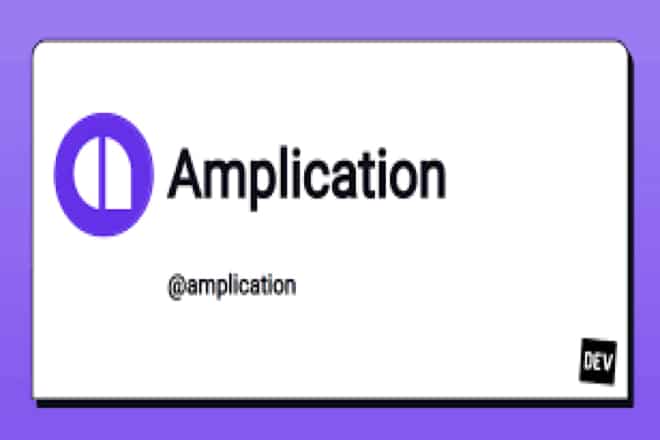 Amplication, developer of an open-source project that streamlines and automates backend development, today announced that it has raised $6.6 million in seed funding. The company said, the capital will be used to expand its open-source community, support product development and introduce an enterprise version of the platform.

“I built Amplication as an open-source project to make coding more efficient by eliminating repetitive coding tasks—a prevalent issue that plagues developers and which I encountered first-hand when I was a technology leader. Since releasing the project in January 2021, we’ve seen incredible community adoption with thousands of programmers using the product and actively contributing to its development,” said Yuval Hazaz, founder and CEO of Amplication. “This funding will enable us to expand use of the platform, which is already supported by a community of programmers in 160 countries.”

Amplication is said to save time by alleviating delays in the development process caused by repetitive coding tasks, improving productivity and the overall efficiency of the process. It does this without compromising full control for flexibility, customisation and extensibility.

“We have seen many companies trying to offer backend developers various no-code tools. While solving the general problem, these tools do not offer the level of agility and flexibility required by R&D teams, which results in business scaling issues. We believe that Amplication’s approach enables the pace of no-code development, while also allowing full customizability. This combination places the company in a unique position to scale within the open-source community and enterprises of all sizes,” said Dror Nahumi, general partner at Norwest Venture Partners.

Amplication is available for free to the open-source community at app.amplication.com.