Citing competitive concerns, fear of IP theft and a need to avoid paying for expensive and complex services, more enterprises are embracing the idea of alternative cloud providers, according to survey data released today from Techstrong Research. The global survey of 531 development professionals, managers and senior managers across 20 industries covers multicloud and alternative cloud usage by DevOps teams.

The report, commissioned by Linode (now Akamai), highlights trends around multicloud and cloud technology as a part of enterprise infrastructure. Approximately 75% of survey respondents say that their IT infrastructure will be cloud-based by the end of this year. This is a double-digit increase over what was reported in Techstrong’s 2021 study. This continued and accelerating shift from on-premises to distributed, open and heterogeneous environments is primarily driven by the need to add optionality and reduce costs, the survey found. 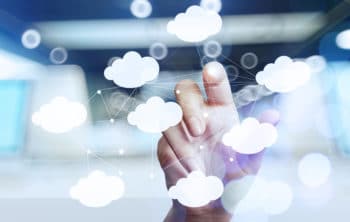 IP theft and competition from major cloud providers is also a top concern among enterprise DevOps teams. The study found that over 50% of DevOps professionals and leaders say their cloud service provider is already a competitor to their B2B or B2C business or is expected to become one. Respondents expressed a desire to work with providers they find trustworthy and capable and who share their corporate values.

In addition to security and competitive issues, small and medium organizations (fewer than 10,000 employees) have additional concerns: the need to eliminate expensive and complex global cloud services that are simply not needed. These respondents voiced an unwillingness to indirectly underwrite expensive R&D for these unneeded technologies.

For many enterprises, alternative cloud providers are emerging as a solution to some of these concerns. While the largest three hyperscalers—AWS, Azure and Google Cloud Platform—are used by more than 90% of respondents, the combined market share for the top eight alternative vendors—Digital Ocean, Equinix, Hetzner, Linode (now Akamai), OVH, Rackspace, UpCloud and Vultr—slightly trail Google Cloud Platform and are ahead of Oracle and IBM Cloud.

Taking a multicloud approach is one way companies are exploring the benefits of alternative cloud providers. Nearly 70% of firms polled are using more than one cloud service provider, one-fifth of which continue to use services from a hyperscale provider. Adopting a blended cloud strategy helps DevOps teams avoid costly vendor lock-in and risky outages involved with running operations solely through one of the mega-vendors. Price, performance and customer service are major benefits to incorporating alternative cloud providers as adoption of cloud-based infrastructure continues to boom.

​“Multicloud is aggressively on the rise and clearly important for modern DevOps efforts,” said ​Mitch Ashley, principal of Techstrong Research. “Consuming services from multiple cloud providers has become a smart choice for economically and securely producing, releasing, updating and managing software across modern and distributed IT environments. Today’s cloud services market offers a dizzying array of choices, and increasingly popular alternative cloud service providers are appearing on the radar of many enterprise recommenders and buyers.”

“Developers led their enterprises to cloud more than 10 years ago, and they’re now leading the enterprise to alternative cloud providers,” said Blair Lyon, head of cloud experience at Akamai. “The findings from the Techstrong Research team show that the value proposition alternative cloud providers deliver—a reliable set of the most-demanded cloud services, simple pricing and accessible customer service—is what DevOps teams are increasingly looking for. And as a part of Akamai, we’ll be able to deliver even greater scale, world class security services and best in class delivery capabilities to make the cloud simple, affordable and accessible.”