HomeAudienceDevelopersDAML: The Programming Language for Smart Contracts in a Blockchain
DevelopersFeatured 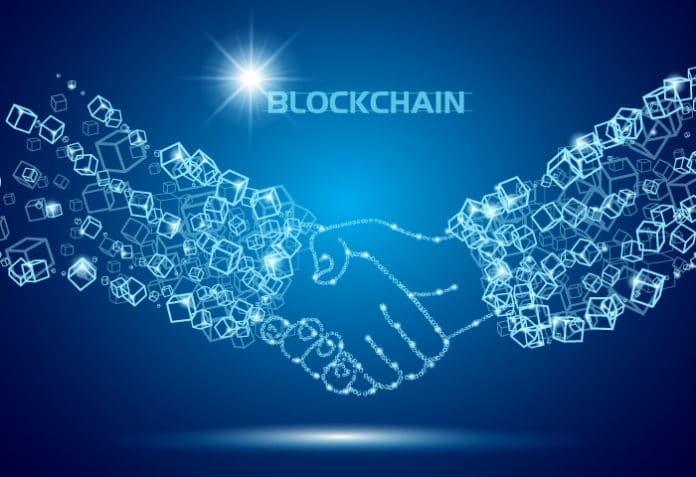 The DAML smart contract language is a purpose-built domain specific language designed to encode the shared business logic of an application. It is used for the development and deployment of distributed applications in the blockchain environment.

Blockchain technology is a secure mechanism to keep track of information in a way that makes it hard or impossible to modify or hack it. A blockchain integrates the digital ledger of transactions, which is copied and sent to every computer on its network. In each block of the chain, there are a number of transactions. When a new transaction takes place on the blockchain, a record of that transaction is added to the ledgers of everyone who is part of the chain.

Blockchain uses distributed ledger technology (DLT), in which a database isn’t kept in one server or node. In a blockchain, transactions are recorded with an immutable cryptographic sign known as a hash. This means that if one block in one channel or chain is changed, it will be hard for hackers to change that block in the chain, as they would have to do this for every single version of the chain that is out there. Blockchains, like Bitcoin and Ethereum, keep growing as new blocks are added to the chain, which makes the ledger safer.

With the implementation of smart contracts in blockchain, there is automatic execution of scenarios without any human intervention. Smart contract technology makes it possible to enforce the highest level of security, privacy and anti-hacking implementations.

The use cases and applications of blockchain are:

As per Statista.com, the size of the blockchain technology market is increasing at a very fast speed since the last few years and is predicted to touch US$ 40 billion by 2025.

The choice of a suitable platform for the development and deployment of a blockchain depends on a range of factors including the need for security, privacy, speed of transactions and scalability (Figure 2).

The key features of DAML are:

Installation and working with DAML
The DAML SDK can be installed on Linux, macOS or Windows. The detailed instructions for installing DAML on multiple operating systems are available at https://docs.daml.com/getting-started/installation.html.

You must have the following to work with DAML:

DAML can be installed on Windows by downloading and running the executable installer available at https://github.com/digital-asset/daml/releases/download/v1.18.1/daml-sdk-1.18.1-windows.exe.

Installation of DAML on Linux or Mac can be done by executing the following in the terminal:

After installation of DAML, the new blockchain based app can be created, as shown in Figures 4 and 5.

In another terminal, the new app is navigated and project dependencies are installed:

The WebUI is started and the app is accessed on the Web browser with the URL http://localhost:3000/.

Scope for research and development
Blockchain technology has a wide range of development platforms and frameworks for different categories of applications. Many of these platforms are free and open source, which can be downloaded and deployed for research based implementations. Research scholars, practitioners and academicians can use these platforms to propose and implement their algorithms for numerous applications.