iXsystems®, an Open Source pioneer and the company behind TrueNAS, today announced the availability of two major updates to TrueNAS Open Storage software editions. The launch of TrueNAS 13.0 brings significant performance improvements to the world’s most deployed scale-up storage software. The availability of the latest version of TrueNAS SCALE (22.02.1) marks the first major update to the newly-released scale-out and hyperconverged edition. Both versions of TrueNAS are designed and tested for their respective data-intensive workloads and made available so all organizations can benefit from true Data Freedom and open source economics.

TrueNAS 13.0, available as CORE (free, community edition) and Enterprise editions, is the latest evolution of unified, scale-up Open Storage with several significant enhancements over the 12.0 version. The update of the underlying operating system to FreeBSD 13.0 improves performance by up to 20%, while the update of the file system to OpenZFS 2.1 reduces system restart and failover times by more than 80% for multi-PetaByte systems. Additionally, Samba 4.15 brings important security and virtual file system improvements to SMB, and NFS nconnect enables up to 400% performance improvements. Additional details can be found in the TrueNAS 13.0 RELEASE blog. 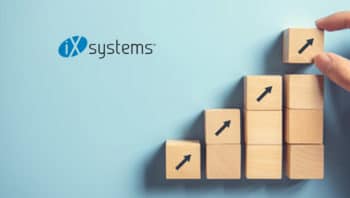 “Innovation is coming from a number of areas in the storage industry, with significant advancements coming from the industry’s leading open-source storage providers,” said Scott Sinclair, Practice Director, ESG. “For organizations that have not yet considered an open option, the performance and availability of the latest TrueNAS updates  offer a powerful, affordable storage choice that organizations should consider.”

In addition to these software advancements, iX is investing in its community resources to improve collaboration and responsiveness. TrueNAS documentation now enables  commenting from the community, allowing any user to more easily contribute. Issue reporting and feature requests will also be improved with the transition to Jira Cloud, accelerating the experience for contributors and TrueNAS software developers.