Home Audience Admin What is Penetration Testing and Why is it Important? 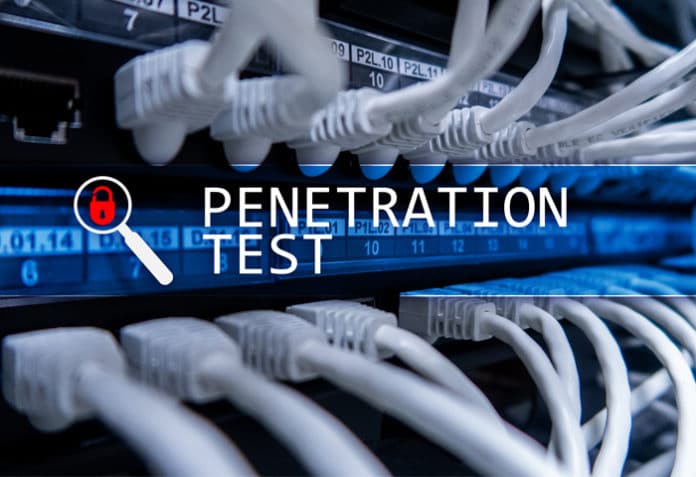 Penetration testing, also known as pen testing or security testing, is a form of ethical hacking. It’s an authorised cyber attack on any computer system, which is carried out to evaluate the security of that system. In this article we will see why penetration testing is so important for organisations.

Penetration testing is done with the sole purpose of identifying the vulnerabilities within a system and fixing them. This ensures that unauthorised third parties don’t access the data within the system. Such testing helps to get a full risk assessment of any system, including its strengths and weaknesses. The process usually begins with identifying the target system as well as a particular goal after this system is tested. The information received after testing the system is evaluated against the project’s initial plan. Security issues that are uncovered in this manner are reported to the system owner.

With the rise of cyber attacks, organisations must perform regular pen tests to secure themselves from data breaches and to protect their users’ sensitive information.

What is a penetration test?
A penetration test, also called a pen test, is a planned cyber attack on your computer system to check for vulnerabilities. This is done to evaluate the security of the system. The UK National Cyber Security Center (https://www.ncsc.gov.uk/pdfs/guidance/penetration-testing.pdf) describes penetration testing as: “A method for gaining assurance in the security of an IT system by attempting to breach some or all of that system’s security, using the same tools and techniques as an adversary might.”

Pen testing is a form of ethical hacking done by white hat testers. They ensure that the computer and the data remain secure from hackers. The concept of penetration testing was born in the mid-1960s, as time-sharing computer systems grew popular. These systems made resources available over communication lines, but also created new security concerns. With 640 terabytes of data tripping around the globe every minute these days, there’s a massive amount of data that hackers can steal. The key to not being on the receiving end of one of these attacks is ensuring that your security system is up to date. Conducting a thorough penetration test will ensure that potential vulnerabilities are plugged and a data breach is avoided.

How are such tests done?
Penetration testing can be used to test a network, Web application, or a computer system to find potential vulnerabilities that can be exploited by a hacker. It can be a process, tool, or service specifically designed and used to find security defects. There are various ways to discover potential vulnerabilities. You can either go for manual testing or automated testing. Manual testing is done by white hat hackers, whereas an automated pen test is performed by software.

Benefits of penetration testing
A pen test helps in an in-depth analysis of the security infrastructure and has many benefits when it comes to protecting a system from data losses. Here are some of the significant benefits.

Reveals vulnerabilities: A pen test reveals the weakness in the system or the network infrastructure. A report obtained after the test indicates the areas where the system is lacking. It also suggests measures that can be taken to improve both the software and hardware of a computer system. These recommendations help improve the overall security of the computer system and the network.

Ensures ongoing trust: A data breach can negatively affect a company’s reputation and lead to losses in the future, as customers may lose faith in it. It is vital to conduct regular pen tests to ensure security and maintain the confidence of customers in your brand. Systematic security reviews reassure customers, suppliers, partners and stakeholders.

Analysis of infrastructure and potential risks: The job of a pen tester is to exploit vulnerabilities using methods that a hacker would use. This includes accessing sensitive information like passwords, contact information, bank details, etc. The tester can also execute system commands and gain remote access to the system. Only a tester can tell you about all the known risks and how likely these are to be exploited if not fixed at the earliest.

Use cases
Most big organisations use pen testing for their large and complex business critical operations. They also use it for custom components specific to their organisation. Pen testing becomes necessary for software that handles sensitive data. Particular sectors like the government, as well as the healthcare and financial services require strong security measures considering the nature of the information they store.

Some of the use cases for penetration testing are:

Types of pen testing
Penetration tests intentionally compromise an organisation’s security system to find potential weaknesses. If there is enough protection, the security team alerts the same during the trial. But if the system fails the test, it is considered exposed to risk. Such computer systems are vulnerable to attacks and can disclose confidential information. There are different ways to perform pen tests.

Open-box pen test: The hacker or tester is provided with some basic information ahead of time. This information can be regarding the target company and its previous security measures.

Closed-box pen test: This is also known as a single-blind test. In this type of pen testing, hackers are given no information whatsoever. The only thing they know is the name of the company.

Covert pen test: This type of test is also called a double-blind pen test. In this type of testing, no one in the organisation is aware that a pen test is going on. This includes all the IT and the security professionals expected to respond to the attack. For this type of test, the hacker must have details like the scope and target of the test in writing beforehand so as not to land into any trouble later on.

External pen test: In this type of test, the hacker tries to hack using the company’s external-facing technology like its website or network servers. In this case, hackers generally conduct the attack remotely as they may not be allowed to enter the company’s premises.

Internal pen test: In this type of pen test, the hacker performs the test from within the company’s internal network. This means the hacker is allowed to use the company’s resources to carry out the attack. This is done to see how much damage could happen behind the company’s firewall if certain employees don’t do their due diligence.

There is also a range of penetration testing to help uncover vulnerabilities across the entire IT infrastructure. Some of these pen tests are listed below.

Web app test: This is used to find any potential holes in the security of Web application software.

Network test: This exposes the weakness or vulnerability within the host network or the network devices connected to that host.

Wireless security test: This test is used to identify security holes and hotspots within a Wi-Fi network.

Social engineering test: This is done to ensure that the employees of a company are following the company’s training procedures and protocols, and don’t fall into the trap of phishing attacks or other similar cyber threats.

Infrastructure test: This is used to check for vulnerabilities within the system as a whole.

Role and importance of pen testing in security
The main objective behind pen testing is to identify issues that might eventually lead to security and data breaches. This is done to implement adequate security controls. There are also specialised testing tools available that test the robustness of the security policies of any organisation.

As it is a simulated cyber attack, it helps ethical hackers evaluate the effectiveness of the measures that an organisation has already taken. This is done to find out the vulnerabilities before the attacker does. In the case of networks, the main goal is to strengthen security. This is done by closing unused ports, troubleshooting services, and calibrating the firewall rules. This route of action helps in eliminating all types of security loopholes. In the case of a Web application, testing is used to identify, analyse and report vulnerabilities such as buffer overflow, SQL injection, cross-site scripting, etc.

Pen testing helps to test security controls and gain insights into the overall condition of the application. It is also helpful in assessing the network and the physical security layers. Testing exposes the susceptible points in a computer system that hackers would attack in the first go. Most importantly, it helps thwart future attacks by validating essential security controls.

Plan: The planning process starts by defining the test’s precise aim and scope. To better understand the target and efficiently conduct the test, as much information as possible should be collected about the functions of the system and any potential vulnerability.

Scan: In this stage, the network is scanned using static or dynamic analysis. This step helps inform the pen testers about how a particular application responds to the various threats it encounters.

Gain access: The weaknesses of a target application are located in this stage. Various pen testing strategies like cross-site scripting and SQL injection are used in this process.

Maintain access: This stage of pen testing is used to determine the ability of cybercriminals to maintain their presence within the system after successfully breaching the security layers. This is done to see if they can gain deeper access to the system and, if yes, how long they can maintain it. This helps to assess the damage this level of attack may do, and how much data loss could happen.

Analyse: In this stage, pen testers report the outcome of the penetration test. A detailed report is prepared, containing all the exploited vulnerabilities, all the sensitive data that has been accessed, and how much time it took for the system to respond to the attackers. Based on this report, several suggestions are given with respect to the hardware and software changes that should be made to protect the system from such attacks in the future.

How to learn pen testing
Pen testing is essentially a form of hacking. So if you love solving puzzles and cracking codes, then pen testing is a skill you can learn. You can then legally break and hack into the computer systems of companies.

To become a professional pen tester, there are many courses available online, both free and paid. A bachelor’s degree in computer science or a relevant field will also increase your chances of learning pen testing. There are certifications available for the same to help you not just advance your skills but also break into the field.

There are many different types of pen testing tools available on the Internet for free that you can use to practice on your own.

Tips and ideas for learners
Apart from getting a degree or a certification, here are some additional skills that you need to have to become a successful pen tester.