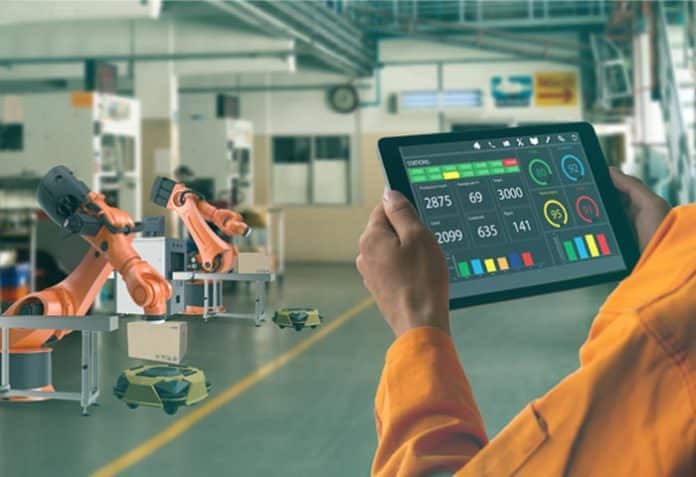 5G has arrived! Manufacturers would do well to avail the high bandwidth it brings with it to ensure smoother operations as they embrace Industry 4.0.

With manufacturers opting for Industry 4.0 in order to increase productivity, there is a critical need for reliable connectivity that supports high bandwidth and low latency at the same time.

A Wi-Fi network is most suitable for the indoors but is not scalable to a 10 square kilometre area. To do that we need to install a Wi-Fi modem at every 10 to 20 metres, which is impractical and costly. A cellular network is the most appropriate option here. We already have working 4G networks. These networks are predominantly public networks and not private networks with an enterprise. Similarly, the cloud is also not physically present within an enterprise.

The location of the data center is uncertain. Even if we are aware of its location, the fact that it is travelling through the web network rather than the public network prevents you from knowing how much latency it will incur. This is why this latency needs to be changed. With the introduction of 5G this can be dealt with easily, as it allows you to create an alternative Wi-Fi network within the enterprise. It ensures low latency and high throughput as well as privacy.

Along with that, you also need to have a miniature version of the cloud, which we call the ‘H’ cloud. It is more reliable for things like augmented reality (AR) and virtual reality (VR), video analytics, robotic operations and autonomous vehicles, and guarantees low latency. It is also important to note that the cloud is essentially for book-keeping and data management and not for any computation tasks.

Information technology applications such as Zoom, as well as system applications and products (SAP) can be run properly on Wi-Fi but operational applications cannot.

Warehouses tend to be extremely huge; hence, there is a need to digitise them. Real-time tracking of products across the warehouse is extremely important. Drones can be used for tracking while robotic automation can assist with moving goods from one place to another. AR/VR based applications can be used to assist the training of employees in real time.

Mining
Mining in India is of two kinds. The first is called open pit mining. This kind of mining does not require you to get into a tunnel. The other kind of mining is called closed pit mining. This requires you to go underground inside a tunnel. There can be around 10 to 22 tunnels, and each may be about one or two kilometres long. In places like Australia a lot of automation has been done already while in India things are still done manually. Miners have to enter closed pits and use a USB stick to take the data out from the sensors installed in that area. Only then can they connect it to their office systems and servers in order to use it. This only creates an opportunity to digitise everything. By using automated unmanned vehicles the problem of data extraction can be solved, as no human will need to enter these mines thus significantly reducing the risk of any kind of disaster.

Oil and gas
This is divided into three parts, namely, upstream – offshore/onshore, midstream – pipeline, downstream – refinery. Oil exploration is done both offshore and onshore. This exploration requires a lot of systematic data collection. Heavy analytics is required in order to find out the right places to conduct these explorations. Private 5G can play an important role here, helping increase productivity.

Manufacturing
The Japanese company Fujitsu is making use of the private 5G network as well as edge computing for autonomous vehicles where 4K cameras are being used to ensure that these vehicles are moving properly. Data collected from these 4K cameras as well as sensors allows an analysis of their real-time movement. Similarly, cameras are installed in the manufacturing assembly lines to ensure work is being done the right way. The company uses artificial intelligence (AI) analytics tools to monitor everything. If someone is not doing the work correctly, these AI tools give a proper feedback about it. Training is also being done on the go with the help of AI in real-time.

Openness and disaggregation driven by hyperscalers

Data centres of companies like Facebook and Google have moved to enable openness and disaggregation, especially in the networking space. Back in 2012, switches, routers and other network appliances were all properties owned by the original equipment manufacturers (OEMs). They wanted to run an operating system on multiple pieces of hardware, which was not possible at all. Some hyperscalers like Facebook and Google started using white box hardware, which can be commercially used right off-the-shelf. These are servers that are based on open hardware design. They can be procured easily, and any open software can be put in them. Open software can be taken from various vendors and can run on the white box made by any of the multiple companies. You can even change the software later if you need to, and still be able to run it on the hardware. This is also called disaggregation.

The movement from proprietary solutions to open and disaggregated software and hardware in the data center started in 2012 (refer to Figure 1).

The use of white box hardware was very miniscule at about 2 per cent of the market in 2012. But by 2019, the white box dominated the market at around 59 per cent. This was an eye opener for the telecom industry and a lot of enterprises too. Since then, disaggregation and openness have become effective standards in the data center market. Interestingly, even big companies like Cisco are moving towards disaggregation because that is where the market is headed.

Telecom companies saw the revolution taking place in the data centers, and they knew something similar would drive hardware and software in telecom, predominantly driven by 5G.

Initially, the radio access network (RAN) was proprietary but with the introduction of open radio access network (O-RAN) it has been divided into three parts. The first is the radio unit (RU) which acts like an antenna. Then there is a distributed unit (DU) and a centralised unit (CU). Now, instead of making use of the hardware, you can simply use the cloud to run DU and CU.

At Niral Networks, we have done some indigenous end-to-end integration with a radio company in India, so that we can provide an end-to-end 5G system. Here’s a description of our open and disaggregated network operating system called NiralOS.

Niral Networks has also been awarded for innovation in 5G. We look forward to achieving more such feats.

Abhijit Chaudhary is founder and CEO of Niral Networks. This article is put together from a tech talk he gave at Open Source Conference 2022, an event organised by Samsung R&D Institute India – Bangalore, and IEEE ComSoc, Bangalore Chapter.