Localisation is when internationalised applications adapt their functioning to include the display, input and output, according to the rules of a native language and culture. This is a particularisation process, by which generic methods already implemented in an internationalised program are used in specific ways. The programming environment puts several functions to the programmer’s disposal, which allow this runtime configuration. The formal description of specific sets of cultural habits for some country, together with all associated translations targeted for the native language, is called the locale for this language or country. Users achieve localisation of programs by setting proper values to special environment variables prior to executing those programs, and by identifying which locale should be used.

One of the biggest localisation projects worldwide is the Fedora Localisation Project (FLP). Amongst the over 80 languages currently under maintenance, nearly 15 Indian languages are part of the FLP already. Translations for a few of these languages, like Bengali, Hindi, Tamil and Punjabi, started as early as Fedora Core 1 and are still being actively maintained. The bits available for localisation in Fedora include the user interface of applications, Fedora documentation (including guides and release notes), various Fedora websites, etc. The teams choose the components for translation as per their contributor base and requirement. Although localisation work gains speed close to major release times, it can be carried on post-release too for some components.

The Fedora Localisation Project is organised as a collective of language teams for each language, led by a coordinator who serves as the main point of contact. The overall project is led by an elected group of seven members who form the Fedora Localisation Steering Committee (a.k.a FLSco), currently chaired by Dimitris Glezos from Greece. Its mission is to provide the Fedora translators with the necessary guidance, and support their efforts to localise the Fedora Project to multiple languages and cultures. The committee coordinates the translation schedule with the Fedora Release Engineering group, and provides translators with the necessary infrastructure to contribute translations. Open IRC meetings are regularly held for the Fedora Localisation Project participants. A round up of the FLP’s weekly activities is also reported in the Fedora Weekly News.

The starting point for the FLP is translate.fedoraproject.org. This contains the list of all the languages and dedicated pages to reflect per-release translation completion statistics. Additionally, this page can also be used to access the .po files that are used for translations. Translations can be done offline using a translations editor.

Eradicating the need for cumbersome version-control operations, translated .po files can be directly submitted via the Transifex instance hosted on translate.fedoraproject.org, into the main back-end repositories of each package. This is especially useful for the localisation group, as Fedora allows the use of multiple version control systems according to the convenience of the package developers. Submission access to the repositories via translate.fedoraproject.org (and Transifex) is authenticated using the centralised Fedora Account System (FAS).

Currently, some projects related to Fedora (like: PackageKit and PulseAudio) have chosen to be hosted on translate.fedoraproject.org to receive translations. This set-up is maintained by volunteers from the FLP and the Fedora Infrastructure Team.

Localisation projects provide a considerably flexible platform for contributing to a free software project. Armed with the skill to read/write one’s language and a fair understanding of the project/product of their choice, people can start contributing and work their way around a sizeable community group. Besides l10n, the Fedora Localisation Project provides opportunities to volunteers for various other activities like back-end infrastructure maintenance work, Web interface designing, content enrichment and documentation, and communication. A sizeable number of volunteers from the Fedora Localisation Project are also Fedora Ambassadors in their region.

Besides fulfilling the common pre-requisites for participation (for example, FAS account and self-introduction) as mentioned in the FLP wiki page, potential contributors are expected to contact the coordinator/team for their language. The individual language groups coordinate their activities as per their internal goals and standardisation/operational procedures. The primary communication details are listed on translate.fedoraproject.org for each team. Additionally, help is always at hand on #fedora-l10n and #fedora-india IRC channels (on Freenode server) and the fedora-trans-list_AT_redhat_DOT_com and fedora-india_AT_redhat_DOT_com mailing lists.

- Advertisement -
Previous articleMy Own Phone Dialler, Only on Android
Next articleNow, Package Management is Intelligent by Design 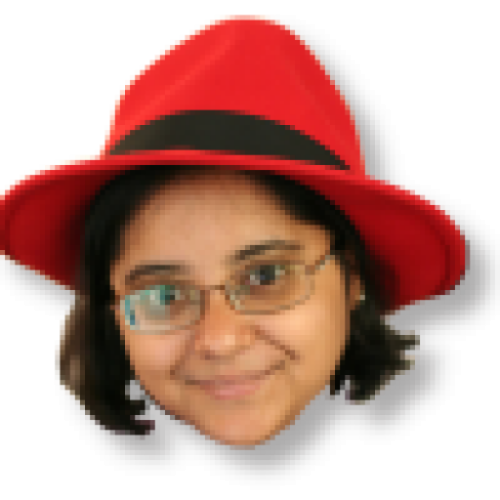 Runa Bhattacharyahttp://www.flickr.com/people/runab/
The author has been contributing to FOSS projects like Fedora, GNOME, KDE, etc, for over five years.