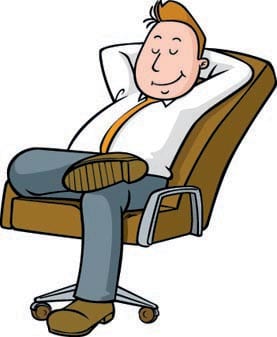 Sheela Foam, a Ghaziabad-based home and industrial foam products manufacturer, placed its bets on open source and has never looked back, since.

Today, it enjoys approximately 35 per cent of the Indian PU foam market and is growing steadily at 25 per cent per annum. In April 2009, Sheela Foam deployed a Red Hat Enterprise Linux (RHEL) on a Dell PowerEdge server to host its mission critical application called Greatplus—a home-grown ERP solution. Further, it used Linux for its file servers, FTP servers and Web servers.

“The Red Hat Enterprise Linux on the Intel Xeon processor-based Dell PowerEdge server system has given me peace of mind by providing stability to our IT infrastructure. This is apart from being well-designed to scale and caters to the rapidly growing demands of our company,” says Pertisth Mankotia, head, IT, Sheela Foam (Sleepwell).

The switch to open source

Prior to hosting IT applications on open source, Sheela Foam had a legacy server on a UNIX environment to automate its entire production process, from procurement to production. “… this made us dependant on the proprietary vendor, preventing us from testing and implementing new features and from scaling effectively. It wasn’t our baby, so we were reluctant to play with it. Further, to preserve our initial investment in the platform, we had to invest considerably in new hardware and licensing fees,” said Mankotia.

Finally, Sheela Foam decided on open source after the legacy server crashed and took almost 16 hours to be up and running again. “In our manufacturing business, time is money. The crash directly affected our ERP system that manages our entire business spectrum, supporting over 3,000 dealers and 70 distributors. If the ERP system stops, business stops. With manpower costs amounting to nearly 40 per cent in our Australian manufacturing unit and about 5 per cent in India, it was a huge loss for us. We urgently felt the need for a reliable and robust platform and decided to look at open source,” says Mankotia.

Thereafter, Mankotia consulted Dell and conducted a trial run of Red Hat Enterprise Linux on the Dell PowerEdge server at its joint ventures–Sheela & Beards and Woodbridge Group—with a load of around 200 users. The high level of performance during the 15-day trial convinced those at Sheela Foam to place its mission critical ERP tool on the platform, shifting 90 per cent of applications and the workload of 1,500 users on to open source.

Its ERP solution has automated the entire production process, right from the order placement up to the stage where finished products are sold to the end customer.The ERP solution records every transaction made by the more than 1,500 users worldwide each day –details that have to be available 24×7. The ERP solution has unique features, like the innovative SMS-based tracking system that helps Sheela Foam track inventory, production,dispatch and outstanding orders at the location of its distributors and dealers, making the system mission critical for the organisation.

“The biggest problem we faced prior to open source was the downtime, because the ERP solution was hosted on a proprietary product. Second, it gave us little room to customise our homegrown ERP solution. We couldn’t try things ourselves. If we wanted to experiment with something new in our ERP, we had to first set up a rack, then clone servers, check on compatibility, etc, all of which added up to being a costly and risky affair. Open source reduced the risk of experimenting, thus helping us innovate with our ERP. We introduced new features like automated mailing the minute an invoice is sent, etc, after shifting to open source. We were also able to integrate it with the exchange server,” says Mankotia.

After having burnt their fingers with proprietary systems once, Sheela Foam couldn’t risk another IT breakdown for 16 hours. “Open source not being resource hungry reduced the risk, providing the much needed robustness to our IT infrastructure,” says Mankotia.

Red Hat Enterprise Linux has enabled the firm to deploy its ERP on a single server, compared to the two servers previously required. The Red Hat solution has also reduced the amount of time required to process exhaustive reports by 25 per cent. The legacy servers on a UNIX environment that were earlier used were high performance servers. Initially Mankotia was doubtful whether the Dell PowerEdge server running on RHEL would be able to match the legacy server on a UNIX environment, especially after the firm increased the load to 1,000 users. “We had been told it would take a maximum load of 200 users. But the high performance in the first phase made us shift 1,000 users on to it. When we increased the load, we expected the Dell server to show signs of slowing down. Instead, it handled the load 50 per cent faster than our current platform,” says Mankotia. The Dell PowerEdge server is powered by the Intel Xeon Processor 5400 series, which features multicore processing that boosts performance for Sheela Foam on a range of workloads, and enables denser data centre deployments through improved performance per watt.

Open source has also been more scalable, with the potential to meet Sheela Foam’s increasing technology needs. “The solution has been extremely scalable. We started by transferring only 10 per cent of our IT workload on it and today most of our workload is on it, except for the mailing application. It supports 1,500 users, of which 1,000 are concurrent users,” says Mankotia.

Further, the Dell PowerEdge server with RHEL has cut costs drastically. The reduction in servers and associated maintenance costs has translated to cost savings of over Rs 40 lakhs. The firm now spends only Rs 4 lakhs per year compared to the Rs 44 lakhs on its previous UNIX system. Further, Sheela Foam has reduced its energy bills by 30 per cent. “The consolidation of servers has reduced our energy consumption. The Dell PowerEdge server is also very energy efficient, further cutting energy costs.The smart power supply units (PSUs) of the server are engineered and ‘right sized’, achieving high efficiencies by taking the unnecessary overhead out of the server power envelope. Further, the high-efficiency voltage regulators, greater venting and airflow, ‘low-flow’ fan technology, and advanced resource management has helped maximise performance per watt,” elaborates Mankotia.

Open source has helped Sheela Foam break out from being locked-in to a proprietary platform, helping the company focus on using IT to accelerate growth. “Now we are looking at a disaster recovery plan to protect our critical data, as we grow. We have wanted to do this for long but the cost of servers held us back. With open source, the cost factor has vanished, opening up new avenues for us to use IT to enable us to scale greater heights,” says Mankotia.

A rewarding migration to open source

There have been only minor glitches in Sheela Foam’s migration to open source. Except for the mailing application that didn’t work on open source, which resulted in the firm going in for Exchange, the open source experience has been rewarding. The company didn’t face any migration or maintenance issues. “We migrated our ERP in 24 hours. It was as simple as installing the database,exporting and importing data, and the job was done.

The transition process involved one week of testing at the location of the JVs and 10 days testing for the Sheela Group. Basically, it was the ‘perception battle’ that had to be won. Migration and transition were a cakewalk. Maintenance hasn’t been a problem either. Our internal team of 15 engineers manages and maintains the system,” says Mankotia.

So open source promises to be the lifeline powering the organisation.