Home Audience For U & Me Plotting is Fun with GNUPlot 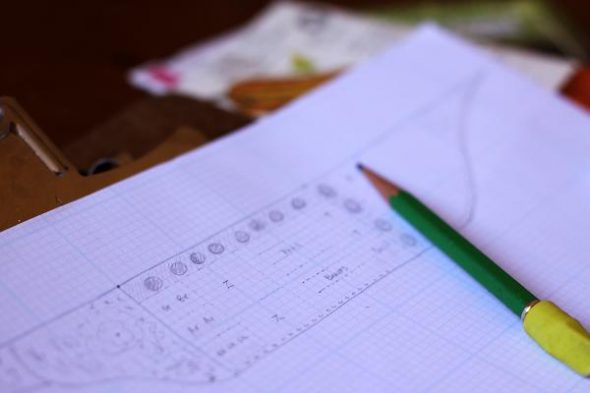 This article explores the use of GNUPlot for scientific plotting, along with examples.

While strings and pages of data seem cryptic, a plot reveals the entire data flow at a glance. Interpretation suddenly seems much easier. Understanding that maze of numbers requires just a glance. Scientists, mathematicians, engineers and statisticians rely heavily on plots.

While OriginLab, an expensive commercial plotting software, is used extensively among university researchers or those blessed with bulging purses, GNUPlot doesn’t lag behind. It is very popular amongst scientists and student communities. In fact, knowledge and skill in GNUPlot is one of the requirements for some senior research fellowships at the IITs! The fact that GNUPlot can be used along with applications like Octave makes it even more indispensable.

GNUPlot is a portable command-line driven graphing utility for Linux, MS Windows, OSX, and many other platforms. While the source code is copyrighted, it can be freely distributed. GNUPlot supports many types of plots in 2D and 3D, and can draw using lines, points, boxes, contours, vector fields, surfaces, and various associated text, besides Web scripting.

And for those who think that is all there is to it, here are some more attributes of GNUPlot: It supports interactive screen terminals (with mouse and hot-key input), direct output to pen plotters or modern printers, and output to many file formats like EPS, fig, JPEG, LaTeX, metafont, PBM, PDF, PNG, Postscript, SVG, etc. Other features include an interactive terminal based on wxWidgets, and the creation of “mouseable” graphs for Web display using the HTML5 canvas element.

Users of Ubuntu and other Debian-based distributions will find GNUPlot in the repositories — I’m sure this is true for other popular distributions too. If you’re one of those hard-core types who prefers source tarballs, then get yours from here.

For those with itchy fingers like mine, let’s immediately jump to some examples of using GNUPlot. Open the terminal, and type gnuplot. You should see the following snippet:

We all know what a sine function looks like. Type in the following at the gnuplot> prompt, and press Enter:

You will immediately see the sine plot popping up in a separate window. GNUPlot will auto-scale the axes to include all the data, and take ‘x’ as a variable.

Let us plot the function y=cos(x)*x**3. At the GNUPlot prompt, type the following:

Though correct, the graph doesn’t seem to reveal the exact nature of the function. Redo it as follows:

As with all plots, we would like to save our work with all the parameter settings, constant definitions, etc., along with the plot. Here is what you should do:

You can exit GNUPlot by typing the following command:

You can open an existing plt file with:

GNUPlot allows the setting of ticks (scale markings on the axes) with the set xtics and set ytics commands. Use this sample syntax to set the xtics:

The format to set labels on the x axis, y axis and z axis (in case of 3D plots) are as follows:

Similarly, for the title of the graph, use the set title command as indicated below:


If you would like to change the font-size and/or font colour of your Postscript output, use the following syntax:

The default size of a Postscript plot is 25.4 cm (10 inches) wide and 17.8 cm (7 inches) high. You can change the size with the set size width height command.

Copy the data set into an ASCII editor, hash the first line, and save it in your home directory as data1. To obtain the plot using Columns 1 and 2 and Columns 1 and 3, use the command below:

In case of multiple data sets, you can use the following, with data sets separated by commas:

Experimental work always turns up errors — either instrumental, human or otherwise. The quality of work depends on the smallness of errors. In this case, the third column of a data set, such as the “C” column in Data Set 1, will feature the following errors:

Here, we have used error bars parallel to the y axis. We could also use error bars in the x direction, with xerrorbars.

Here, t is taken as the variable for curves, and u/v for surfaces. Type in the following:

2D plots are fantastic, but 3D plots look fabulous. You just need to replace plot with splot to get a 3D plot, in the simplest case. However, getting detailed plots requires much typing at the GNUPlot prompt, and is the biggest letdown. The easier way out would be to type all the commands using an ASCII editor, and load the file at the prompt. Open a text editor and type in the following:

Now save the script as myplot.

The set view <rot_x>, <rot_z>, <scale>, <scale_z> format allows the user to set rotations about the x- and z-axis respectively, as well as the scale of the graph.

You will see that your plot is also saved in EPS. Use GIMP to convert it into the desired image format.

Now, at the GNUPlot prompt, type the following:

Remove the # marks from the above script, one at a time; run the script myplot at the GNUPlot prompt, and observe the output.

Note: To view the changes, you will need to quit GNUPlot before you load the script again.

What has been covered should take you through most plotting needs. But GNUPlot can do much more. You can have text in colour, plot with cylindrical and spherical coordinates, use animation, plot mathematical functions, do curve-fitting, and a whole lot more. All this makes GNUPlot the desired plotting application. Check out the official project website for more.