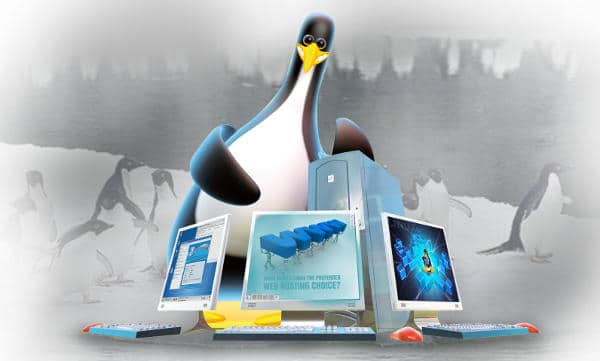 This article explores the reasons why Linux-based Web hosting solutions are enjoying a larger market share globally, and why they are being hailed as more scalable, flexible and cost effective when compared to hosting on proprietary operating systems.

When it comes to server operating systems, proprietary platforms like Windows and the various Unixes, and Linux have been battling for the front spot for a long time now. Naturally, the same battle is on in the Web hosting domain too.

The good news, we all know Linux, is that Linux is definitely leading the pack by a wide margin in the Web hosting solutions’ space. Before moving on to the reasons that make Linux a popular choice, let’s first look at a few statistics that reveal how things are currently placed in the Web hosting OS market.

Considering the fact that researchers and developers are working incessantly to provide regular upgrades in the Linux and open source space, Linux hosting solutions are considered to be more in sync with the latest technical advancements.

Flavio Andrade, Web hosting manager at Go Daddy agrees with this view: “Because Linux is so popular, customers recognise it and feel a sense of trust. Because it is open source, there are always developments and new technologies becoming available. Linux has a strong ecosystem of development platforms, server components and applications that are very enticing to Web developers and site owners.”

Companies providing hosting solutions also prefer to work on Linux as it is compliant with a wide variety of hardware, affirms Reddy. “It is easier for independent developers to detect and fix errors on Linux, which means that problems can be resolved more rapidly. In theory, Linux has a good user-based technical support ecosystem, where users address their problems to the community, which invariably responds with fixes for problems.”

The flip side of Windows

The biggest disadvantage of using Windows as the Web hosting platform is that since it is not open source software, a user is forced to rely entirely upon the manufacturer (i.e., Microsoft) to release updates and provide bug fixes. Unfortunately, these bug fixes and updates may even take months to arrive, leaving the Web hosting providers and their customers high and dry. “Linux, on the other hand, is open source and hence developers and users can view and modify its source code. This makes it easier to spot bugs or potential problems and report them straight away,” emphasises Reddy.

On the technology front, both Windows and Linux operating systems have been coded by some of the most talented programmers in the world, and are extremely powerful. Reddy agrees and observes, “Linux has the LAMP stack for Web hosting while Windows has its IIS solution, both of which provide very capable software systems for hosting, uploading, and managing websites. The final choice may revolve around whether you specifically need a .NET framework and ASPX support, in which case Windows hosting would be the preferable solution. However, if you require a flexible, open-sourced solution, Linux hosting is your answer.”

Web hosting on the cloud

Many Web hosting companies these days are offering solutions on the cloud. The two key reasons why cloud-based hosting services are being increasingly adopted are the cost and the flexibility that the services provide.

So, does the cloud affect the regular hosting market? “It does in different ways,” says Andrade. “For the shared hosting market, [the cloud-based services] affect it in a transparent way. Customers who take advantage of a hosting company like Go Daddy will benefit from intrinsic scalability, resilience and security. Nevertheless, if they remain with old-school hosting providers using single hosting boxes, they will be stuck in the last decade.”

Though the concept of Web hosting on the cloud has been relatively recent, Go Daddy claims it has been delivering solutions through the cloud for well over a decade, without actually referring to it as a “cloud” service. “In the last few years, the average end-user has started to understand the concept better, and there have been technological advancements in the virtualisation space that have enabled us to extend the concept to what our customers touch and see. Great improvements have been made in elasticity, scalability and hardware abstraction,” Andrade states.

How does Linux fare in India?

Andrade also shares that the number of its Indian customers for virtual dedicated servers is rising by the day. The company has in fact set up a data centre in Asia, especially keeping in view the requirements of customers who want their sites to be physically closer to where their visitors are.

With the market dynamics changing more rapidly than ever, the rate at which customers are adopting open source related technologies and products has also been on the rise, globally as well as in India. With data centres also switching to Linux and open source tools and platforms, the end customer is reaping the benefits of increased efficiencies and lower costs. The overall cost of ownership has also been reduced significantly.

Considering all the advantages that Linux-based Web hosting offers, organisations that adopt these solutions will surely find themselves smiling at their decision at the end of the day!