Home Audience Admin Amanda: A One-Stop Solution for All Your Backup Problems 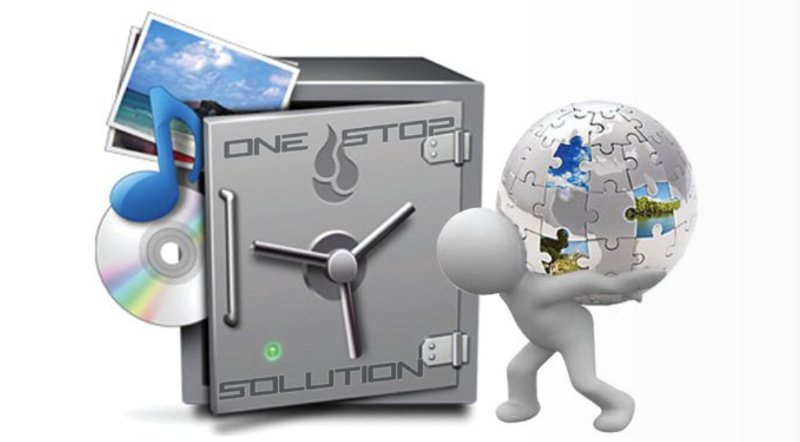 Looking for an enterprise backup solution for your servers? Is your network too complex to be handled by simple backup utilities? Does the thought of making backups feel like a headache? Do not worry, there’s Amanda to the rescue!

Amanda is probably one of the best open source network backup solutions available in the market today. The Advanced Maryland Automatic Network Disk Archiver (Amanda), as the name suggests, was developed at the University of Maryland. It allows the administrator to set up a single master backup server to backup multiple hosts over the network, to tape drives, to disks or to optical media, and even the cloud (with the help of Amazon S3 Web services). It provides an array of options for the type of media that can be backed up to, and a multitude of client environments.

Amanda is basically like an enterprise solution that does require a bit of configuration initially, but after that, it’s a breeze. But don’t let this put you off, because along with a tool like Amanda comes great flexibility and reliability, which allows it to work efficiently in the most complex of architectural environments. A variety of client operating systems are now supported, ranging from UNIX to all flavours of Linux, Solaris, Mac OSX and Windows. Overall, it’s a great utility, which you will fall in love with once you get used to it.

The most basic questions are:

The answer lies in the following three factors: scalability, flexibility and architectural complexity, which decide whether you need Amanda or not. Basically, Amanda is suited for those who have a multitude of systems with varying server environments, and it is really expensive to have a separate backup facility for each of these.

Amanda provides you with a dedicated backup server for the whole kit, making the backup process reliable, well-planned and efficient. Also, it allows for really good scalability and freedom when it comes to expanding your network. After adding new clients to the network, all you need to do is make a few changes in the configuration and you’re done; you can let Amanda handle the rest.

This essentially makes it quite future-proof. Otherwise, if your network is not that complex, I would frankly recommend a simpler solution for you, because Amanda might prove to be a bit of overkill in such scenarios.

One big advantage that Amanda has is that the data can easily be obtained with native tools, even if the Amanda server is rendered completely unusable (that, of course, does not mean that the data is not safe; it does have really good security features).

As far as installation is concerned, it turns out to be pretty easy; it’s the setting up and initial configuration that takes time. For most Linux systems, Amanda is available in repositories as the packages amanda-common and amandaserver, which, as the names suggest, need to be installed at their respective places. Some of the main dependency requirements for Amanda, which must be installed on the system before trying to install Amanda, are:

The installation creates a new user, ‘amanda’ (or something similar), to run the Amanda backup and other tools. Configuration files are created in /etc/amanda, including an example configuration to play around with; this can serve as an overview, but is not of much practical use. To create a new configuration, we need to create a folder under /etc/amanda, the name of which will represent a particular configuration for Amanda. In this directory will be the amanda.conf file, which contains the following pieces of major information:

The values for tapecyle, dumpcycle and runspercycle depend on the backup plan you choose, and the strategy you plan to undertake. There are a couple of other parameters in the file, which should be self-explanatory.

Now, we need to label the tapes. This is very important, because tapes are rejected if they are found to be improperly labelled during a backup run. This should be done with the amlabel utility, as the ‘amanda’ user, and to create labels that match the regular expression specified in the particular amanda.conf file. We’ll now want to add entries to the disklist file in the configuration directory, i.e., tell Amanda which directories on the client need to be backed up. Finally, the amcheck utility is used to check the validity of the configuration; if it reports no errors, you are good to go!

Go on and run amdump to take a trial run. The command won’t print anything, but a report of the backup can be generated with amreport (it will also probably send an email to report everything when it is done). Once we have everything set up well, it’s time for cron to take over and automate the process every night.

Recovering data from Amanda is pretty easy, though this time, the client needs to be set up to pull data from the server. This can be done in the amanda-client.conf file of the configuration directory, after which the amrecover utility handles everything.

In conclusion, this article tries to present to the user what it takes to set up and get an Amanda backup running. Though it is recommended to go through the official documentation while actually setting up Amanda, this involves taking care of a lot of the nitty-gritties of the configuration. Though the set-up process might look easy after reading this article, it is actually a bit harder, and might require more than one attempt. But once everything falls into place, it becomes pretty easy to run such a powerful tool on your server.

Using rsync to Back Up a System