Home Audience Admin Speed up Your Cloud with Memcached 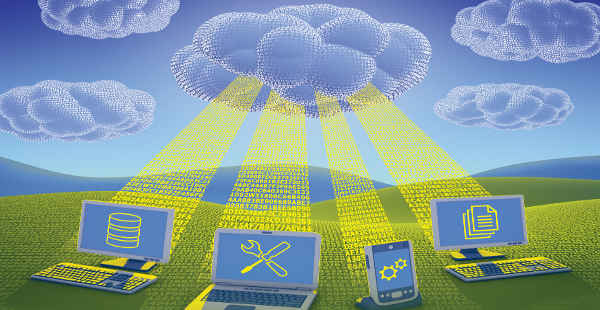 Is your website running into performance bottlenecks? Does the database or backend feel like a really expensive resource, even though you’ve got a huge cluster set up to improve parallel processing? Read on to find out why you should be including Memcached, a distributed cache, in your cloud-based application.

Caching is a concept that almost all developers use in some form or the other in their applications. It’s basically about storing a piece of information in memory so that it can be retrieved quickly, later, thus speeding up your application. Caching is mostly used for data that is accessed repeatedly, so that instead of calculating/retrieving from the disk repeatedly, which takes time, we can instead directly look it up in the cache, which is much faster.

In the context of Web applications, for example, a dynamic Web page can be cached on the server, so that we do not need to generate it again when a new request comes, provided the dynamic data present in the page hasn’t changed within that time. That is the easy part, but caches can be used at multiple places in the application stack, so you have quite a few options when it comes to choosing where to cache, what to cache and how to cache.

Without getting into too much jargon, here are some of the techniques on how and where you might like to cache data:

You may choose to implement a cache in one way or another, or you might use a combination of more than one technique to cache different types of data at separate levels. But more importantly, it is helpful to know whether you even need caching in the particular application/use-case you are thinking about.

Most people, in the process of implementing a cache, actually lose out because it was wrongly implemented. So the cache ends up slowing down the application, instead of speeding it up. Getting fancy software with fancy features doesn’t always make sense, but using even the modest ones in the right way, does.

Why you need Memcached

This discussion assumes that you have set up a cluster, and you want to implement caching. In this case, what happens if you start caching on each node independently? You will see that some nodes face memory issues, while others have quite a bit of memory left. Moreover, most of the data stored in their individual caches is redundant.

This calls for a centralised caching mechanism that makes sense in the cloud domain, such that the data being cached in a cluster is evenly distributed and unique for the whole cluster. And yes, the answer is Memcached.

Memcached is that piece of the puzzle without which your cloud implementation does not even make sense. It provides a solution in which the available memory in the cache is the sum of that on all nodes on which the Memcached instance is running. So if, for example, you have 10 nodes, with each being allocated 1 GB of memory for caching, you get a total of 10 GB of cache available for the whole cluster. Here are some features in Memcached that might lure you into using it within the context of your application:

There are many more features that I may have missed, but I am just skimming the surface at the architectural level.

Memcached works on some very strong and unique principles, which you, as a developer, should know about in order to develop effective applications with it. Listed below are some of the major principles behind how Memcached handles data under the hood.

Memcached decides the node to store/retrieve the data on, when it receives a request, irrespective of the total number of Memcached nodes active. Rather than choosing a random node, or using the round-robin method to load-balance all the nodes, it hashes all the incoming keys, which decides the node on which the data is going to be stored. This hash function evenly distributes the keys among all the nodes.

The algorithm used for hashing is complex enough to compensate for a node failure, so that the calculation does not change when the total number of nodes changes, and there is no ambiguity while retrieving data. The application basically has to be aware about all the nodes that are in the Memcached cluster, and you need to populate it with a list of all the IPs and ports on which the Memcached servers are active.

To know more about this algorithm, read the article “Consistent Hashing in memcache-client.”

Memcached uses a predefined portion of maximum memory, so if you ask it to use a maximum of 1 GB RAM, it will try not to use memory beyond that. But what happens if a request comes in to store data, and you don’t have memory left? Memcached uses the LRU (Least Recently Used) algorithm to determine which data in memory has been least active, and discards it to make space for the new data.

This is where the main concept behind caching lies, i.e., you cannot rely on Memcached to keep some data once it has been asked to store it into memory. It all depends on the amount of traffic that the particular key has received, and it is really a very efficient way of managing memory. So while developing your application, remember that you must have a fall-back mechanism to retrieve the data once it is not found in the Memcached server.

Memcached is written in the C programming language, so it has to manage its own memory allocation schemes. Many think it uses the malloc function to allocate free memory from the RAM — but that results in some major address-space fragmentation issues once you start allocating large chunks of memory. It also results in performance degradation once the application has been running for a fair amount of time and there have been many allocate-reallocate cycles.

To avoid such a scenario, Memcached uses a slab memory allocator. In order to optimise the cache usage of your application, you need to know how this slab allocation works. Basically, it’s like any other memory management scheme, where the memory is divided into a fair number of pages. Each page is assigned a particular slab class, according to which the page is divided into a finite number of equal-sized chunks. The chunk size depends on the slab class that the page has been assigned.

The page a particular data is assigned to depends on the actual size of the data, including the key and the value, according to which it is given a page of a relevant slab class. For example, a page that is 1 MB in size and belongs to Slab Class 1 will have eight 128 KB sized chunks. So, if a key-value pair is 109 KB in size, it is likely to be assigned a chunk of 128 KB in a page of this slab class (yes, 19 KB is wasted, but that’s the trade-off).

Now, it is important to note that the LRU algorithm discussed earlier works only on a per-slab basis. So, a key is likely to be evicted earlier if the slab it belongs to is being used more than others.

Alternatively, you might want to compile from source, if you want a more recent version. In that case, you can get the libevent dependency on its website, and Memcached here. You will, of course, also need all the build dependencies.

Since all Memcached servers in the cluster do not need to know about each other, there is almost no other configuration that you need to do in order to get up and running. To start the Memcached instance, run the following:

These options specify that Memcached is run as a daemon, with a max memory consumption of 1 GB. As the “memcache” user, listen on the IP address 127.0.0.1 and port 11211. Alternatively, you might want to try running it with a -vv flag in the foreground, to see what’s happening behind the scenes:

Installing the Memcached client and using it largely depends on the language/environment you are using it on, so you can look up the documentation for that particular environment if you need help. As of now, we will just connect with a telnet session, and look at some statistics with the command. I’d rather not go into programming, and will keep this discussion more language-agnostic.

After you enter the stats command as shown above, you will see a long list of statistics related to the cache, which include uptime, cache hits and cache misses, among others. This will resemble what is shown below:

A Memcached client mostly has the following functions available, whatever the programming environment it may be in:

Here are some pointers that I’d like you to keep in mind while working with Memcached.

To conclude, setting up a Memcached cluster is a very good way of improving performance if you have some spare resources available. In case you are working on a cloud, it is a must-have component since it can give you a significant performance boost and help you get rid of most of the bottlenecks in the application.